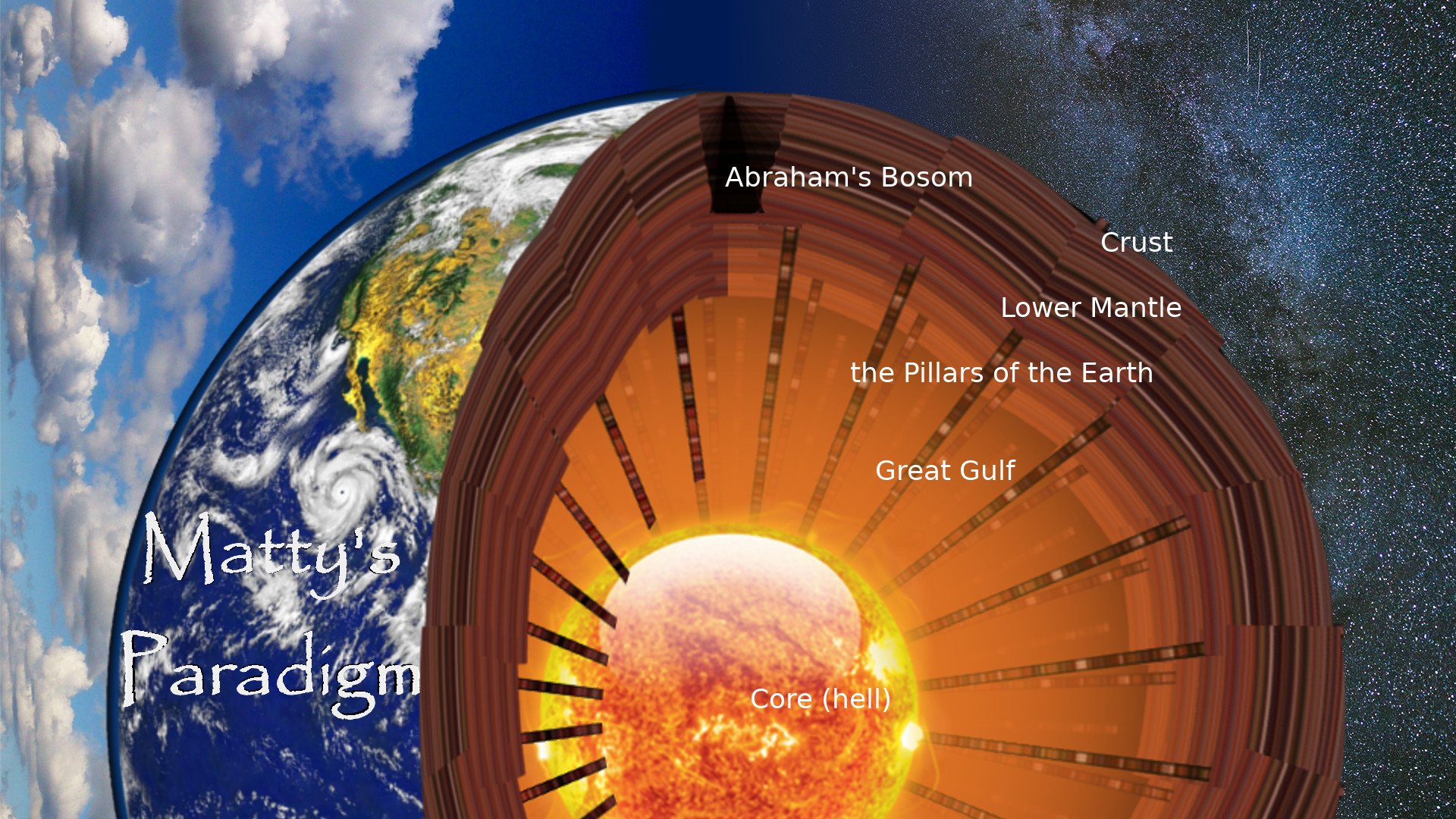 So it was that the beggar died, and was carried by the angels to Abraham’s bosom. The rich man also died and was buried.

The simple explanation for the phrase Abraham’s bosom is that Abraham was giving Lazarus a hug, however there’s precedent to use it to refer to a physical location.

It’s part of the meaning of the word translated as bosom. It can refer to a bay or gulf in a coastline, which is similar to the idea presented by a chamber in the lower mantle which overlooks the great gulf and hell below.