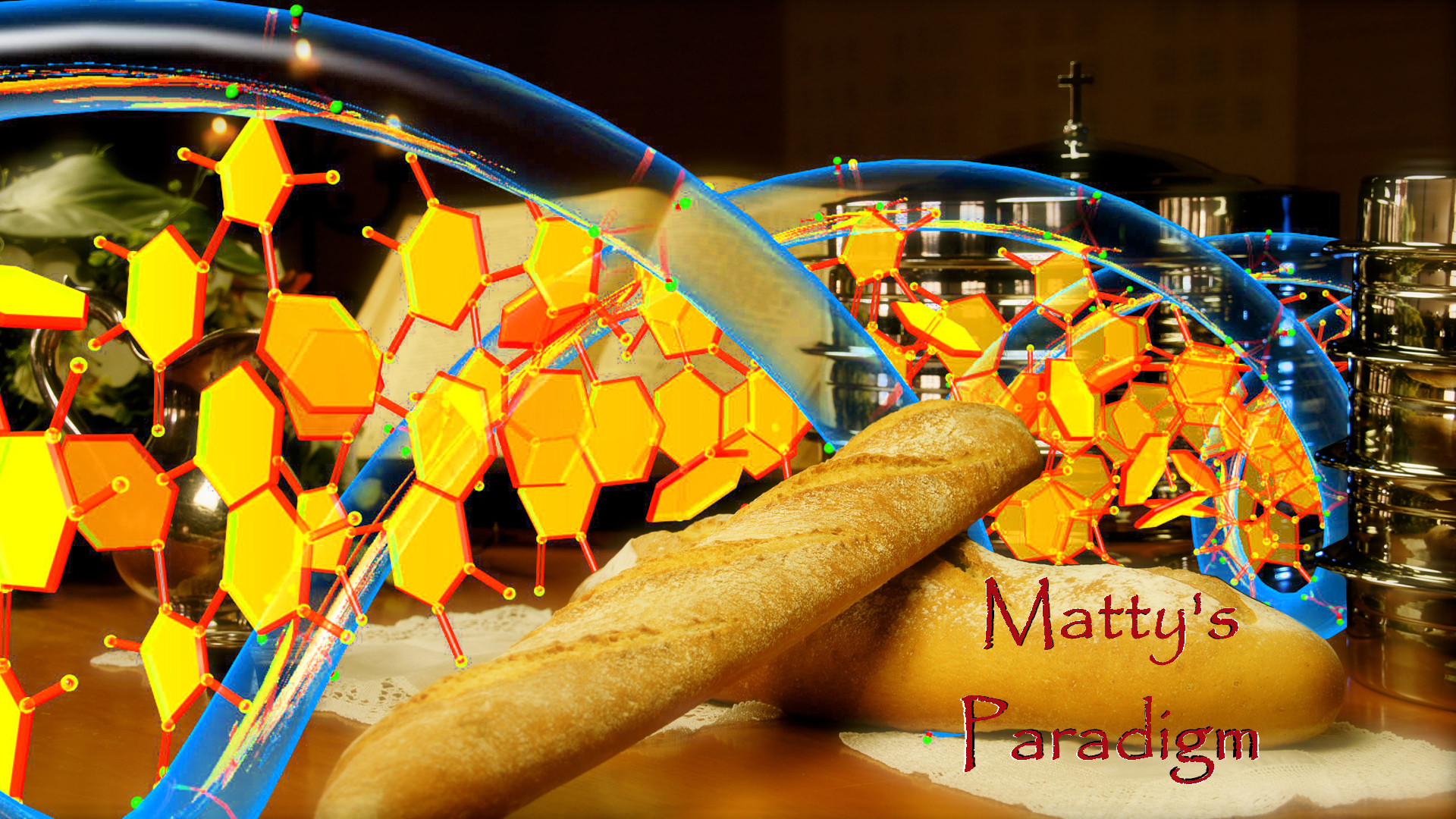 For when the Gentiles, which have not the law, do by nature the things contained in the law, these, having not the law, are a law unto themselves: Which shew the work of the law written in their hearts, their conscience also bearing witness, and their thoughts the mean while accusing or else excusing one another;) In the day when God shall judge the secrets of men by Jesus Christ according to my gospel.

If the law of God has been written in our hearts, could it be that we are all walking around with the Bible as non-coding DNA in every cell of our bodies? In Matty’s Paradigm it’s within the realm of possibility.