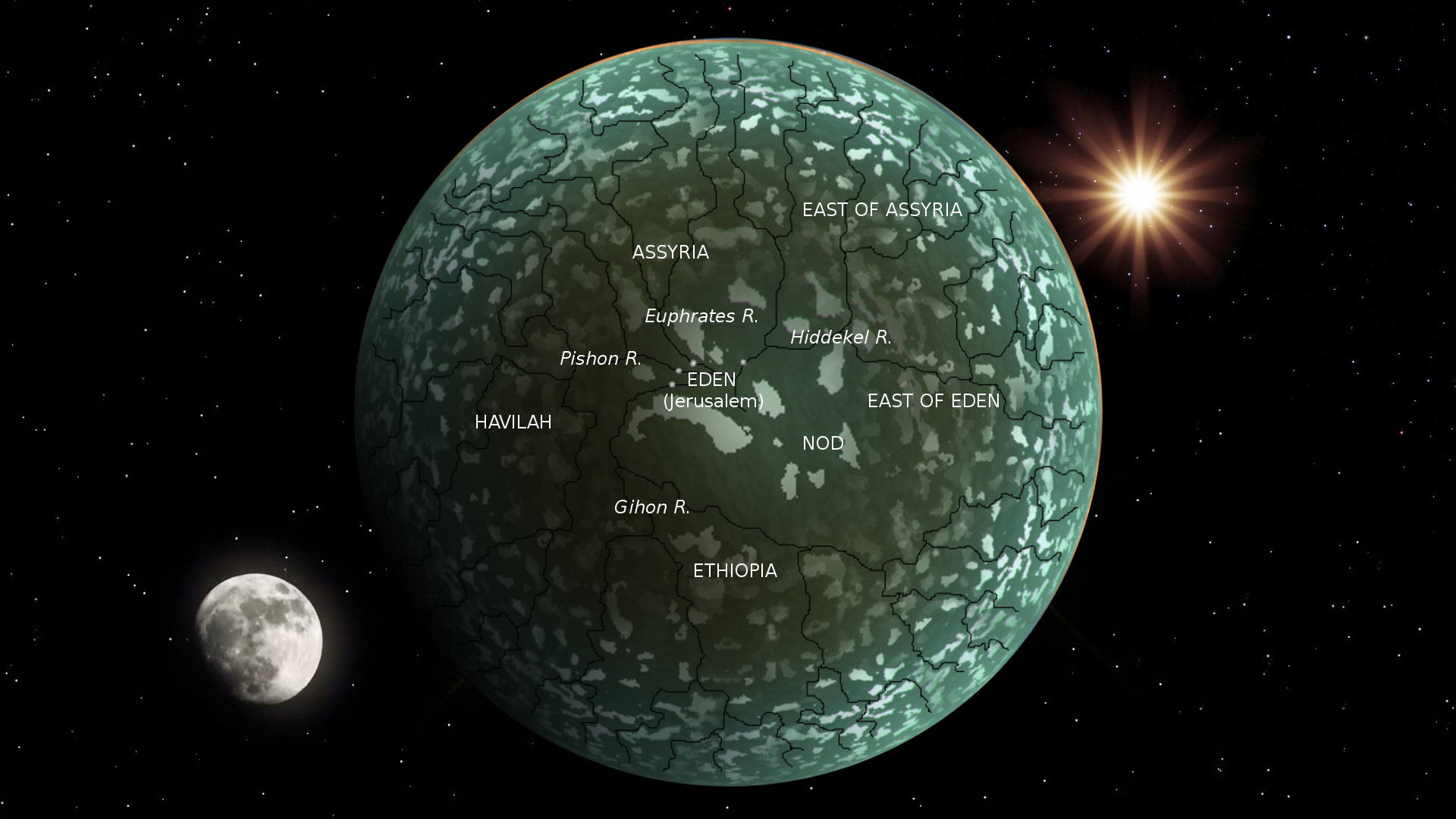 April 1 – The Stars Will Fall to Earth

It’s ironic that today is April Fools’ Day because today we (that’s me and the Holy spirit) begin to make the case that the universe is Geocentrospheric, but this isn’t a joke.

April 2 – The Foundations of Heaven

Knowing how the firmament is constructed lets us interpret scripture and account for empirical observations of the cosmos, including 90% of the mass of the universe that mainstream science (SciPop) can’t find.

Ask an atheist science troll (AST) scientifically illiterate science worshiper (SISW) or SciPop devotee to prove heliocentricity and they’re like deer in the headlights: they don’t have the slightest clue.

April 4 – Galileo and the Mind Pirates

Astronomy has grown around an assumption: stars are suns. It’s false. Galileo, Kepler, Newton, Einstein, and others stole the modern mind and gave us an understanding of the cosmos which isn’t real.

April 5 – He Defended It

People needed to eat so Shammah defended the lentils. This may seem like an odd departure from our study of the cosmos, however, let’s step back for a moment and consider what’s happening here.

A Multitude of Rubies

The assumption of heliocentricity, Galileo’s bluff, affects the calculated distance to stellar objects. The heliocentric distance is greater because it is derived from a triangle with a base which is 2AU wide.

The earth is at the center of the observable universe. This is an empirical observation. Heliocentricity isn’t observed, it’s theoretical. Oddly enough, people today simply can’t grasp this concept.

The Geocentrospheric cosmological model in Matty’s Paradigm is a) empirical (directly observable) and b) meets the requirements of Kepler’s laws. The heliocentric theory is neither a) nor b).

The Bible doesn’t describe a heliocentric system, but that’s okay because we don’t observe heliocentricity. It’s a theoretical interpretation of the empirical Geocentrospheric reality: it’s imaginary.

Despite the self-evident truth of empirical observations, SciPop promotes a rationalization for them that has no physical cause. It’s not a testable hypothesis which means SciPop is unscientific.

If Johannes Kepler is the type for Galen Urso, a picture of the sacrificial lamb who gave his life to save us, then Matty’s Paradigm is Luke Skywalker in a X-Wing Fighter… but let’s not get carried away.

The Mass and Lifespan of the Sun

Based on the Matty’s Paradigm value for the mass of the Sun, its life expectancy is about 102 years. Now would be a good time to accept Jesus Christ as your savior.

The word “galaxy” has been defined to meet the requirements of the mainstream science paradigm (SciPop), one of which is an induced rationalization of the premise that swirls of minute specks are “galaxies.”

The Learning and the Tongue of the Chaldeans

Gravity was created on the second day. A gravitational singularity was created in the midst of the deep. At that time the universe became spherical. This is why space is curved.

“If the theory agrees with the facts.” Albert Einstein (1905). What facts? Given that the so-called facts are an inductive rationalization which is derived from accepting the original theory?

The World also Shall be Stable

Redshift highlights the danger of peer review: when speculation enhances the mainstream science narrative of godless existence (SciPop), the scientific community will ignore the normal rules of science.

April 22nd – The Hawking Effect and the Windows of Heaven

Could quasars be the windows of heaven? Using the Hawking Effect: Of course, what else would they be?

There is no New Thing Under the Sun

There aren’t any black holes or dark matter. The missing mass of the universe is the firmament. It’s a wall on the edge of space with the gravitational attraction that maintains the universe.

When the Sun was created heat caused a layer of the firmament to melt. The residue blackened and the layers below it detached from the body of heaven and broke apart to form the stars.

Using the Inverse Square law, if a body with the mass of the Sun orbits at a distance of 1 AU, we divide the mass of the sun by the square of the distance to M87* which we estimate to be 17,364 light years.

The worldwide network of telescopes used to image M87* have constructed a picture of a piece of Obsidian glass approximately 11 feet wide at a distance of 17,364 light years. Go SciPop!

The Host of Heaven

The phrase “the host of heaven,” includes everything above the atmosphere, but it seems that there are subcategories within it. Can we deduce what these subcategories are, and what will we learn if we do?

Heavenly entities are sentient beings. Nehemiah tells us that they’re worshiping the LORD. Who are we to say they aren’t? If entities are gravitationally bound, then this is the distinction between entities and bodies.

A Woman Clothed with the Sun

All sentient beings, including Spirits, are based on a gravity node which has a specific frequency unique to each individual. It is the seat of our sentience. In the Bible the gravity node is called a soul.