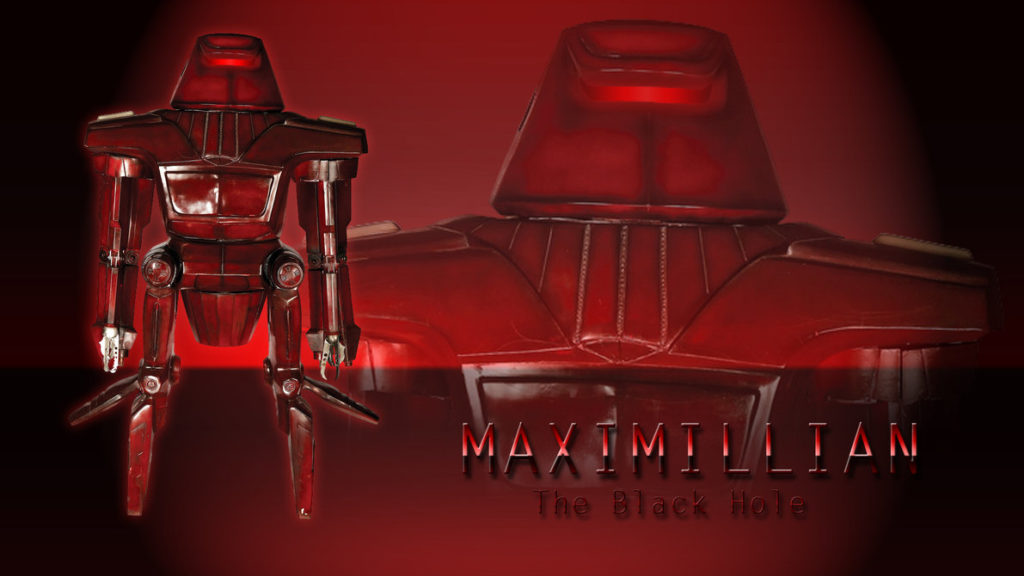 Frank is Carlton Feather’s home computer. Which is to say, his constant companion who he built and nurtured over many years that, as it happens, became his intellectual superior and decided to eliminate him at the first possible opportunity. Frank was a mainframe type system that was incorporated into the operations of a modern home when he got the idea that he wanted to be an independent android type robot. He convinced his builder/designer to complete this transformation in rather dubious circumstances and with the rather shady aquisition of some aged yet Top Secret military hardware.

Frankendroid is none other than a manifestation of Maximillian, the disturbingly evil robot from Disney’s 1979 movie, The Black Hole.

As a kid this movie obviously has a profound effect on me because the image of the malevolent robot overlooking souls as they enter hell is a theme of Biblio’s Blood.

Our Frank is the installation of the original Hell Computer into a 40-year old military combat drone. This has some profound consequences for Frank. As a home-based mainframe computer frank had a reservoir of about 24 gallons of blood. The blood is the fluid matrix of the computer and it is the reason why Hell Computers have such human characteristics. Hell Computers have a soul. In the conversion to the independent android Franks reservoir of blood gets reduced to about 2 gallons. Neither Carlton Feathers, the builder, or Frank were anticipating any difference in the before or after, but it turns out that there is a big one.

The reason why the Droid system is called the Lambomech 530 is the obvious combination of the Lambourghini with the Mecha concept, but the 530 is the number of Twitter followers I had at the time I wrote the post. It seemed like I was stuck at that number, and every time I gained some followers I lost just as many such that it felt like 530 followers was the level that i would be stuck at…