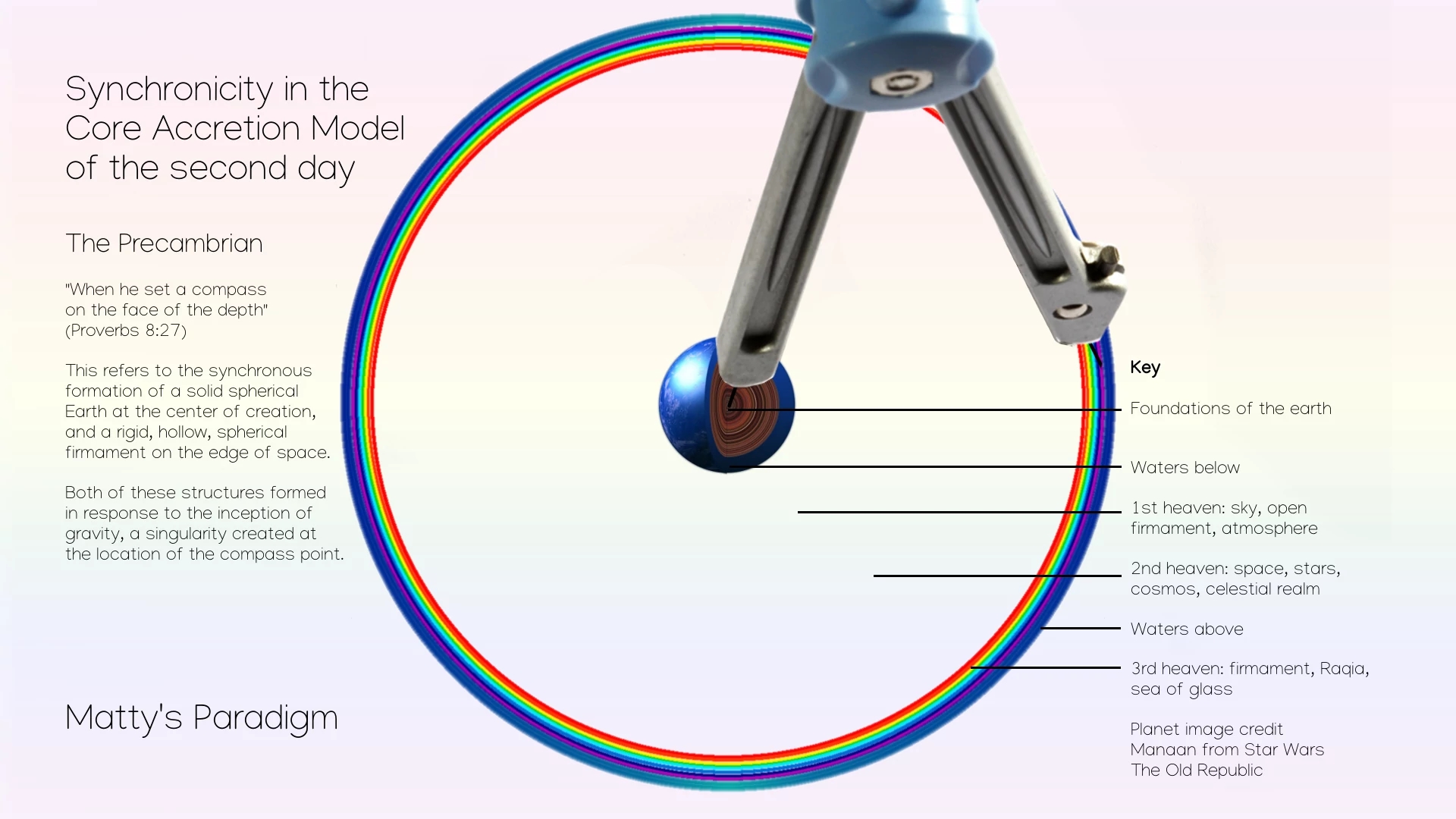 The Foundations of the Earth

My hand laid the foundation of the earth, and my right hand spread out the heavens; when I call to them, they stand forth together.

Matty’s Paradigm is a scientific theory of creation. As such, we will be as scientific as possible by identifying key concepts and having clear definitions of them. The foundation(s) of the earth is one of the things that it’s possible to be very specific about.

The foundation(s) of the earth refers to the gravitational singularity at the center of the earth. Its establishment was the creative act of the second day. It’s still in place. It hasn’t moved, and it won’t move.

Every time the phrase the foundation(s) of the earth occurs in Hebrew it’s consistent with the inception of gravity on the second day. Just be careful not to confuse it with other similar phrases, such as the foundation of the world when they’re translated from Greek.

The various forms of the phrase the foundation(s) of the Earth/world contain so much meaning that we began a systematic study. When it’s translated from Greek it refers to first cause and the only begotten of the Father, God the Son. In Hebrew the phrase refers to the planet Earth itself, although there’s considerable nuance involved. On one hand it refers to the gravitational singularity around which the Earth formed as an assembly of souls, on another it refers to the deposition of layers of stratified sediment and the actual rock that the Earth is made of.

We’re being systematic but we’re not finished with this work, that being said it’s important that it be a part of the WHY? devotional so we’re going to include the navigation table even though there are some posts which haven’t been written yet or are in draft form.

The Foundations of the Earth – Navigation (work in progress)

One Reply to “February 10th”