Therefore hell hath enlarged herself, and opened her mouth without measure: and their glory, and their multitude, and their pomp, and he that rejoiceth, shall descend into it.

Some of the folk who are the most vocally opposed to the idea that climate change is real are evangelical Christians. Why is this?

END_OF_DOCUMENT_TOKEN_TO_BE_REPLACED 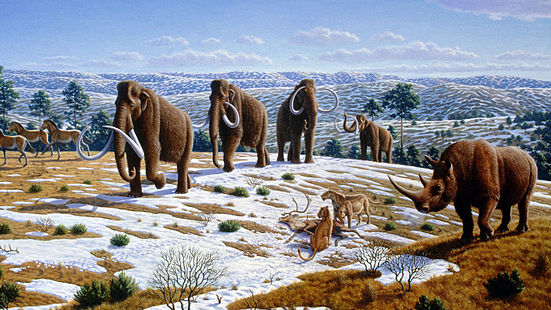 Out of the south cometh the whirlwind: and cold out of the north.
By the breath of God frost is given: and the breadth of the waters is straitened.

Generalizations have been used to obscure the truth which is that ice formed because the waters of Noah’s flood evaporated. Evaporation causes cooling, and cooling caused the ice. Ice has been retreating ever since Noah’s flood. The ice has been mitigating the effect of the expansion of hell. Now there is very little ice left which is why we are experiencing “climate change.”

Each of the geological Eras, Periods and Epochs are technically accurate descriptions of the evidence. However, the misdirection is that each one happened at a different time in history. They are the same event.

There’s something else to bear in mind: the mammoth and other creatures were preserved in ice. The ice formed because of the cooling effect of the flood waters evaporating. Therefore there was no ice before the flood. The ice was a result of the flood. Therefore the mammoth didn’t live in an icy environment, and paleoecological reconstructions of it are completely wrong. They get cause and effect in the wrong order.

Could climate change, or global warming, have anything to do with the fact that the Bible tells us that hell is increasing in size and will consume the earth?

For a fire is kindled in mine anger, and shall burn unto the lowest hell (sheol), and shall consume the earth with her increase, and set on fire the foundations of the mountains. (Deuteronomy 32:22)

Hell is a very confused mess these days. Most people are convinced that it is a myth that was invented by religion to ensure the compliance of uneducated people. A lot of folk think that is is a fun, exciting place where Satan is in charge, and where they will be able to enjoy carnal pleasure.

Satan is not in Hell. The Bible tells us that Satan, the Devil, walks the earth. His ultimate fate is to be cast into the Lake of Fire.

Be sober, be vigilant; because your adversary the devil, as a roaring lion, walketh about, seeking whom he may devour: (1 Peter 5:8)

Hardly anyone believes that hell is at the center of the earth which is odd, because no one knows what the interior of the earth is made of for sure. The deepest hole ever drilled is The Kola Superdeep Borehole on the Kola Penninsular in Russia. The deepest borehole in the project, SG-3, reached 12,262-metre-long (40,230 ft) in 1989 and still is the deepest artificial point on Earth.

The earth’s radius, the distance from the earth‘s center to its surface, is about 6,371 kilometers (3,959 mi). So the deepest hole ever dug is only 1.9% of the radius of the earth.

Why is the earth’s interior hot? What is the source of the magnetic field? What is the core made of? No one knows, and no one can find out, for God has promised:

Thus saith the Lord; If heaven above can be measured, and the foundations of the earth searched out beneath, I will also cast off all the seed of Israel for all that they have done, saith the Lord. (Jeremiah 31:37)

The Bible makes it perfectly clear that hell is down below in the earth and is very hot. However, hell was not made in the 6 days of creation. There was no reason for it. God created for 6 days and was satisfied with the result: it was good, very good. At some point after that there was a rebellion in heaven lead by Lucifer, or Satan, the Devil. Eventually The Devil and his angels were cast out of heaven to roam the earth. This is the origin of the serpent in the Garden of Eden who caused Adam and Eve to sin. The Devil and the angels that were cast out of heaven are the reason why hell was made.

Then shall he say also unto them on the left hand, Depart from me, ye cursed, into everlasting fire, prepared for the devil and his angels:(Matthew 25:41)

It would seem that at least some of them went about on the earth making great wickedness and mated with human women to cause a race of giants, or Nephilim, to arise. These angels were cursed for this by being bound by God with unbreakable chains.

And the angels which kept not their first estate, but left their own habitation, he hath reserved in everlasting chains under darkness unto the judgment of the great day. (Jude 1:6)

The angels were bound within the earth, and God’s anger burned so hot that the core melted. This is the origin of hell. God originally intended for humans to live forever, there was no death before sin. Our souls are immortal, but because of the curse of sin, our bodies are not. This is why we need a saviour. What happens when a person dies? If they know God, meaning that they are saved or born again, they go to be with the Lord. Be assured God doesn’t want you or anyone to go to hell:

The Lord is not slack concerning his promise, as some men count slackness; but is longsuffering to us-ward, not willing that any should perish, but that all should come to repentance. (Peter 3:9)

But the fact is that some will. If a person dies without ever repenting and accepting Jesus Christ, they die in their sin and there is nowhere else for the soul to go but to hell.

Therefore hell (sheol) hath enlarged herself, and opened up her mouth without measure: and their glory, and their multitude, and their pomp, and he that rejoiceth, shall descend into it. (Isaiah 5:14)

Hell is growing larger on account of the number of souls that are continually being added to it. It will consume the earth. Any wonder that we are experiencing global warming?

Hell from beneath is moved for thee to meet thee at thy coming: it stirreth up the dead for thee, even all the chief ones of the earth; it hath raised up from their thrones all the kings of the nations. (Isaiah 14:9)

It is time to admit that the nickle and diming going on about CO2 emissions, methane gas, deforestation and multitude of other issues that scientists like to latch on to are not the real cause of global warming. Hell is getting bigger. 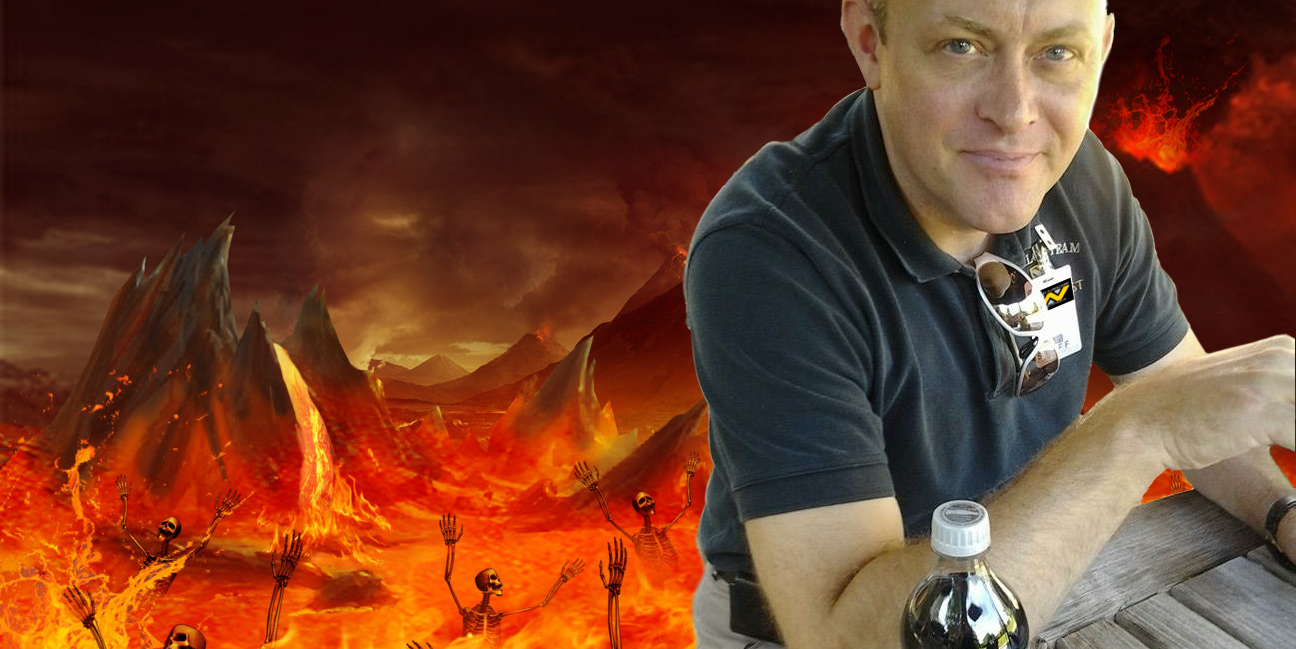 And Jesus answered and said unto him, Blessed art thou, Simon Barjona: for flesh and blood hath not revealed it unto thee, but my Father which is in heaven. And I say also unto thee, That thou art Peter, and upon this rock I will build my church; and the gates of hell shall not prevail against it.

We (that’s me and the Holy Spirit) have a question for you. Specifically for any Christians out there: Who wants to attack hell with us? We have a responsibility to do this you know.