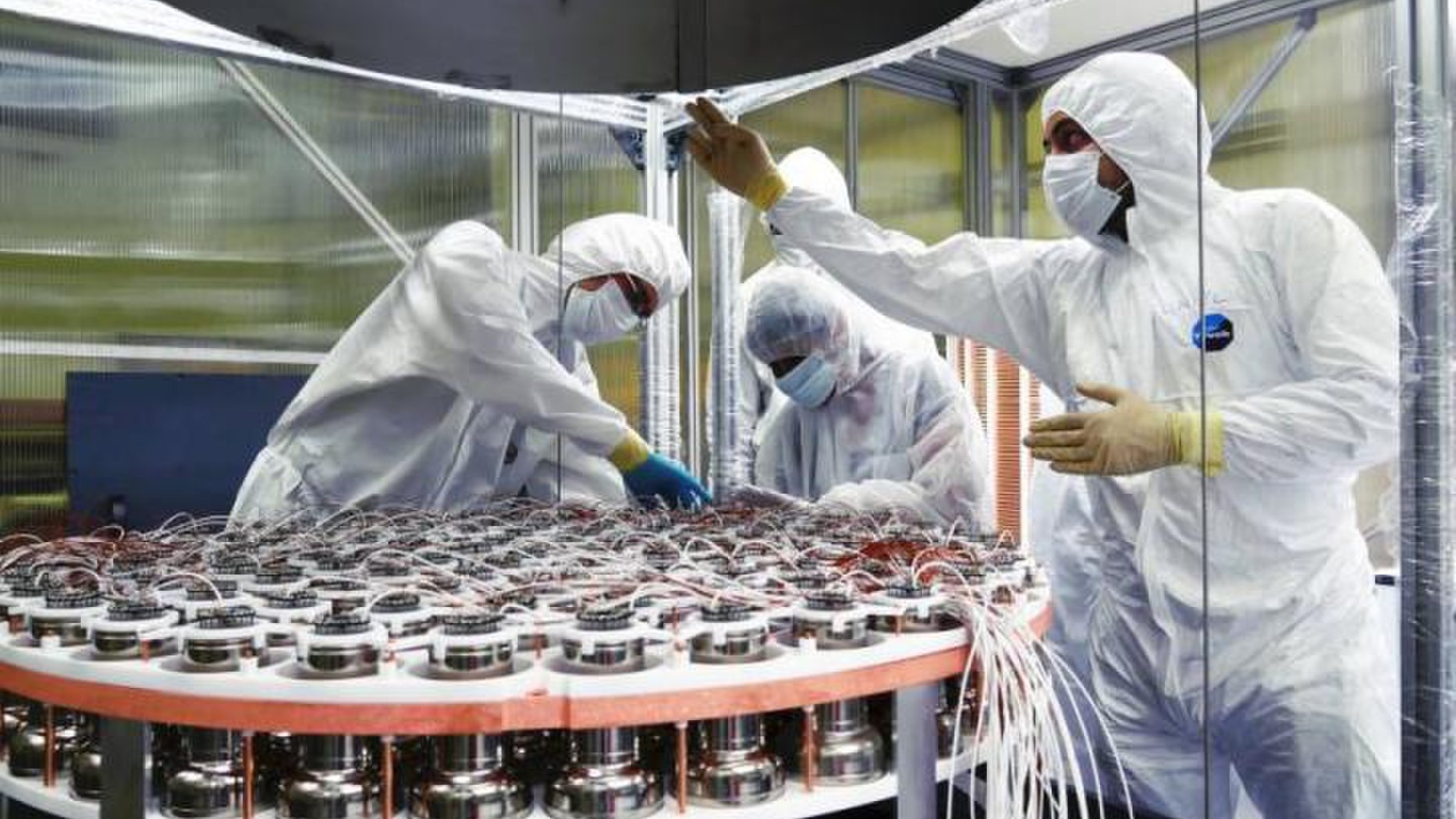 The Nobel Prize for Failing to Detect Dark Matter

Science Headline: Dark Matter Particles Must Be Smaller Than We Thought

This is because, [Brown] explained, since they cannot differentiate between dark matter signals and background signals, “if we had seen a dark matter signal we could have measured its size, but because we couldn’t see it, we can only say it has to be smaller than “this amount,” Brown said. He gave the example that, if there were two signals detected, they would be attributed to the two background events predicted. But because there were no events detected, background or dark matter, the dark matter “particles” must be smaller than they’d anticipated.

It is clear that something unseen is providing the gravitational interaction which maintains the universe in its current stable state. That’s evidence. It is not evidence of dark matter, it is simply evidence of something.

The existence of dark matter is a mathematical necessity in the SciPop paradigm. In Matty’s Paradigm the firmament is the source of gravitational interaction.

In Matty’s Paradigm we believe that Dark Matter and Black Holes are mathematical predictions that are necessary to account for the gravitational interaction of the firmament. The observable universe is spherical and the Earth is at the center. It’s empirical. The shape of the universe is the direct result of the creation of a gravitational singularity on the second day. The shape is maintained by the presence of a rigid crystalline firmament on the edge of space.

The purpose of modern astronomy is to make the obvious reality seem to be the ignorant belief of Bronze Age goat herders who didn’t know where the sun went at night. In order for “science,” to accomplish this deception it’s necessary to find some other source of gravitational interaction that can account for the observed shape of the real universe. This is why Black Holes were invented. However, it was found that Black Holes by themselves weren’t enough to account for the observed reality unless there were so many of them that they were everywhere, which is why Dark Matter was invented.

FYI they are called Black Holes and Dark Matter because they’re not visible. We are told we have to have faith in order to believe in that which we can’t see:

So faith is what we can’t see but hope for. And likewise that things which we see do not require hope:

For we are saved by hope: but hope that is seen is not hope: for what a man seeth, why doth he yet hope for?

Dark Matter is something that SciPop hopes for, because if it exists it confirms the SciPop paradigm. This very nicely gives us another predictive testable hypothesis and an opportunity to demonstrate that the Scientific Method is an easily manipulated farce. SciPop will simply make up whatever it needs. You just wait.

Dark Matter is something that science hopes for, because if it exists it would confirm the scientific paradigm, which to recap is the following cascading series of beliefs:

The Axioms of Mainstream Science (SciPop)

All of these are things that are hoped for because they can’t be seen. They are leaps of faith. Confirmation of 1. would be confirmation of all.

Repeated attempts to detect dark matter have failed, yet SciPop cosmological models require that it exists. Believing in something that can’t be seen is the practical application of faith. Our working definition of faith:

However, since Dark Matter is a fictional contrivance it won’t be detected, and here is our predictive testable hypothesis:

After repeated failed attempts to detect Dark Matter whoever comes up with an explanation of why we can’t detect it, which can be seamlessly interwoven with the SciPop narrative of godless existence, will get a Nobel Prize.