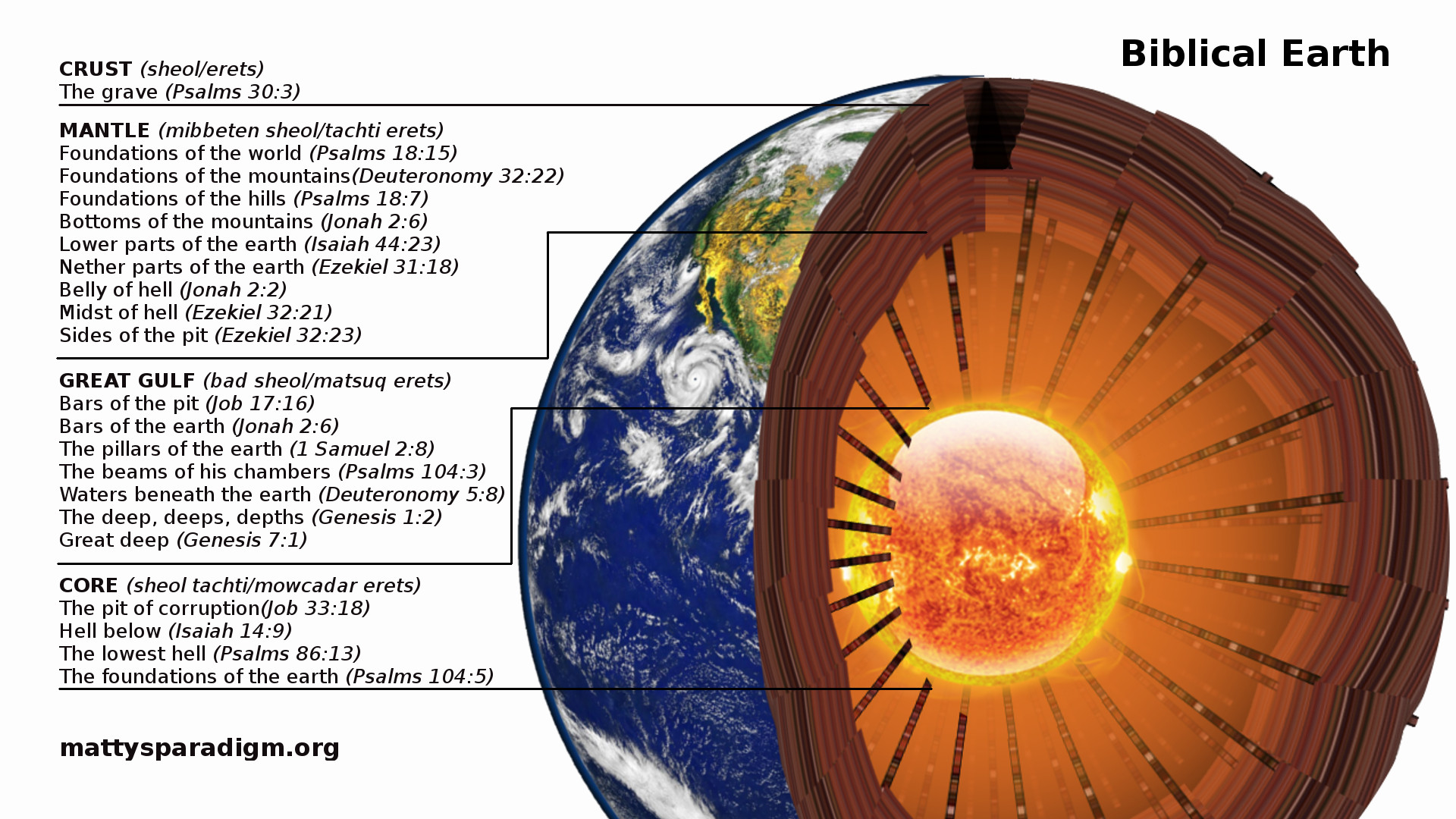 The way of life is above to the wise, that he may depart from hell beneath.

The voice of one crying in the wilderness: “Prepare the way of the Lord; Make straight in the desert A highway for our God.

There are benefits to hell being at the center of the Earth. It solves the problem of exponential nuclear decay and renders radiometric dating useless for the development of an ancient Earth narrative.

Is hell at the center of the Earth? Popular science (SciPop) wants you to think that NO, it isn’t. The theory of gravitation would seem to make it impossible and instead of hell there’s an inner and outer core.

That’s why we deduced a Biblical theory of gravitation. Now hell’s at the center of the Earth and it’s surrounded by a great gulf of open space, which is what Jesus described in the parable of the rich man and Lazarus. Nuclear decay isn’t the only benefit of hell, there are others. Oh, not to mention a minor point that the expansion of hell has been a direct causal factor in all of the cataclysmic upheavals of Earth’s history.