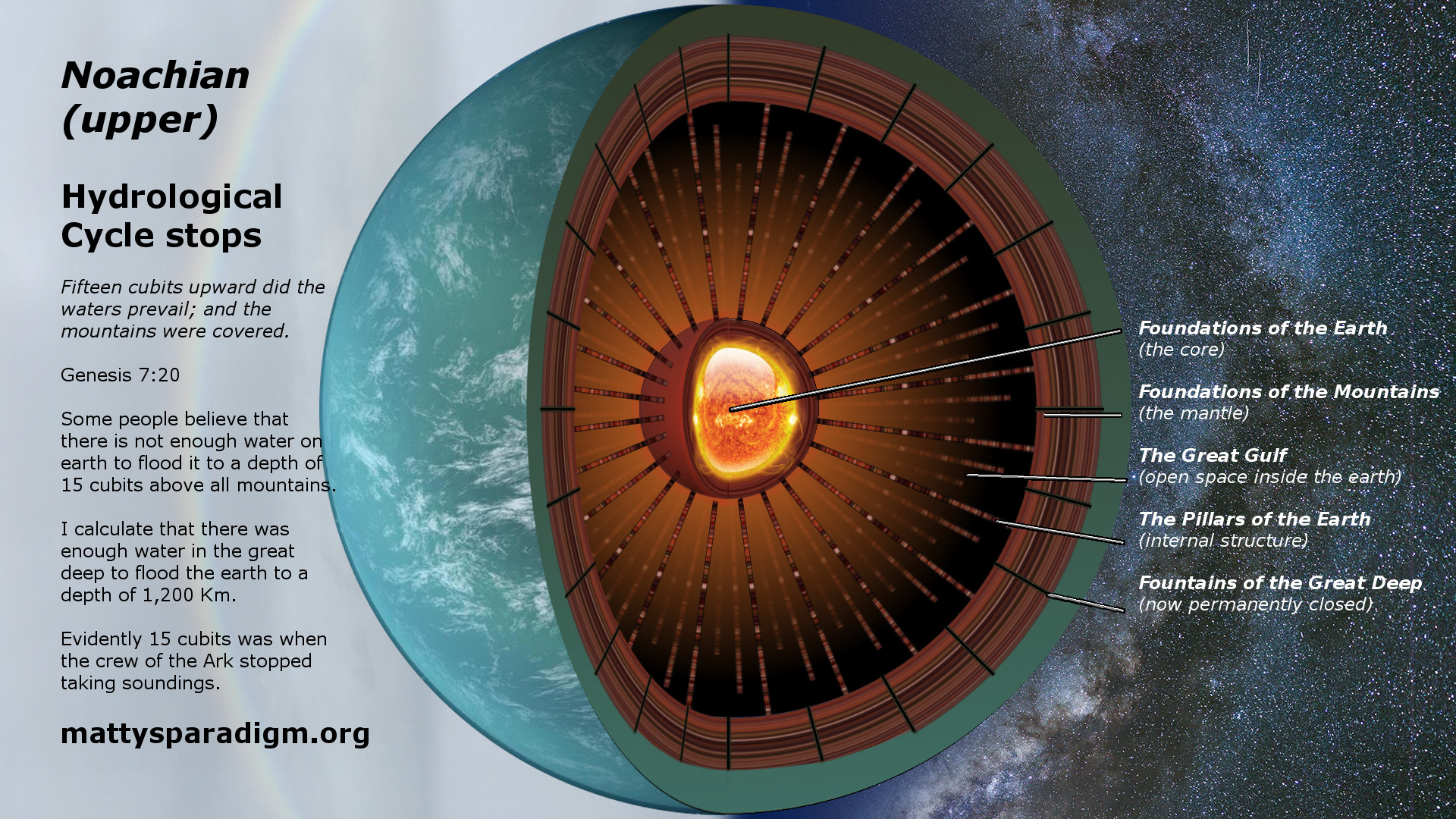 A lot of people say that there’s not enough water on Earth to flood it to a depth of 15 cubits above all mountains. They use math to do this so, naturally, everybody believes them because, hey, it’s math.

These people presume to disprove God by cobbling together some math based on ideals that were popularized by Charles Lyell, a contemporary of Charles Darwin. Those folk are drawing upon the philosophical foundation of 19th Century Uniformitarianism. It’s the belief that Earth has been so stable for so long that conditions of the present day are a sufficiently accurate indicator of conditions in the past.

Nothing could be further from the truth. There are several reasons why math-based flood-deniers aren’t in the right ball park:

This post is a response to, and a rebuttal of: How much water would be needed for Noah’s Flood? by Andrew L. Seidel. He posted the link in a Twitter thread discussing our post do I still need to ask for forgiveness? We’re going to show you that there was enough water available to flood the Earth more than 1,200 km deep.

Most Christians, like everybody else, think that science has figured out that hell isn’t the center of the Earth, but very few know how science did it. Some folk understand the gravitational methods which have been used. We can apply our theory of Biblical quantum gravitation here. Welcome to Christian apologetics in the 21st Century.

We can refute the rationale behind how the mass of the Earth has been derived based on gravitational interaction. Earth can have a great gulf of open space in the region of the outer core and we can have functional orbital mechanics. We developed a lot of our rationale in response to push back from a compromised Christian in where is the gravity in a comet? This brings us to look at new ways for Christians to make fools of themselves in passive aggressive special pleading.

So, just because a bunch of flood-deniers can wave some math around, don’t believe it. If you want to see our math on how much water was available in the great deep we’re going to walk you through Noah’s math. We calculate that there was enough water in the great deep to flood the Earth 1,200 Km deep. It would appear that the crew of the Ark stopped taking soundings at 15 cubits. That was the longest rope that they had.

How Deep was Noah’s Flood? – Navigation