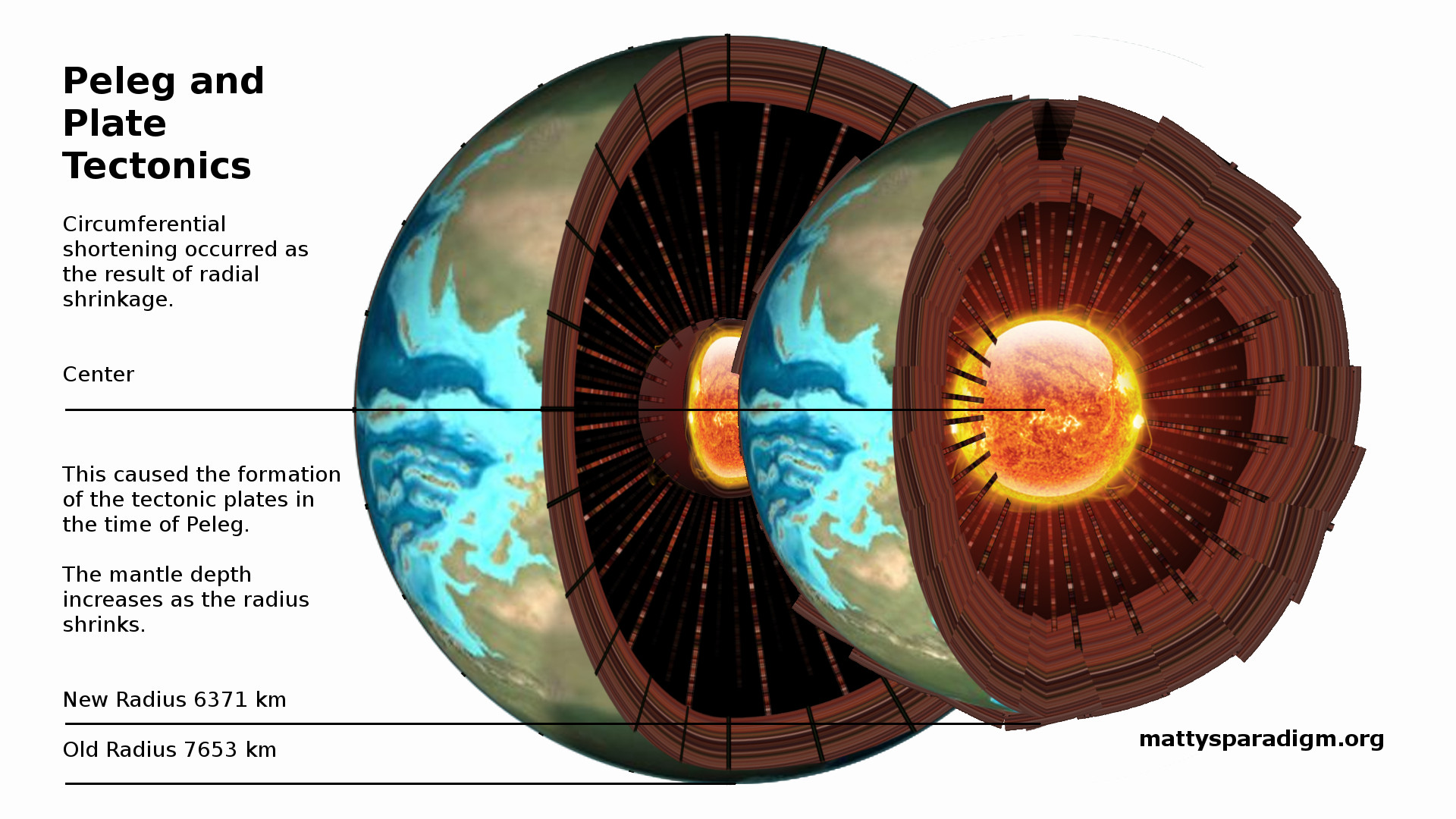 Therefore I will shake the heavens, and the earth shall remove out of her place, in the wrath of the LORD of hosts, and in the day of his fierce anger.

Current biodiversity on Earth is the result of evolution, and its distribution is the result of plate tectonics. These combine into Hypothesis 35 as we go from Noah to Peleg, and then from Peleg to Abraham.

Before Peleg the core of the Earth was a solid structure. Tectonic plates formed because the expansion of hell melted the core. It caused the pillars of the Earth and the mantle to collapse. This caused the related phenomena of circumferential shortening and radial shrinkage. The interior of the Earth transitioned from wet to dry and tehom became sheol. We (that’s me and the Holy spirit) developed a 3D model of the internal structure of the Earth, based on a Biblical theory of gravitation, which allows us to solve a dispute between warring sects within Creationism. Well, solve isn’t really the right word. More like flush the schism down the toilet.

Peleg’s tectonics and the breakup of Pangaea took place after the people were scattered abroad after Babel, and this led to the current distribution of biodiversity. The difference between Matty’s Paradigm and popular science (SciPop) is that evolution isn’t the creation of new diversity, it’s really devolution which is genetic decay. God created kinds of animals and plants which all had complete genomes. Each kind had enough genetic variability to be able to give rise to what we classify into families and genera.