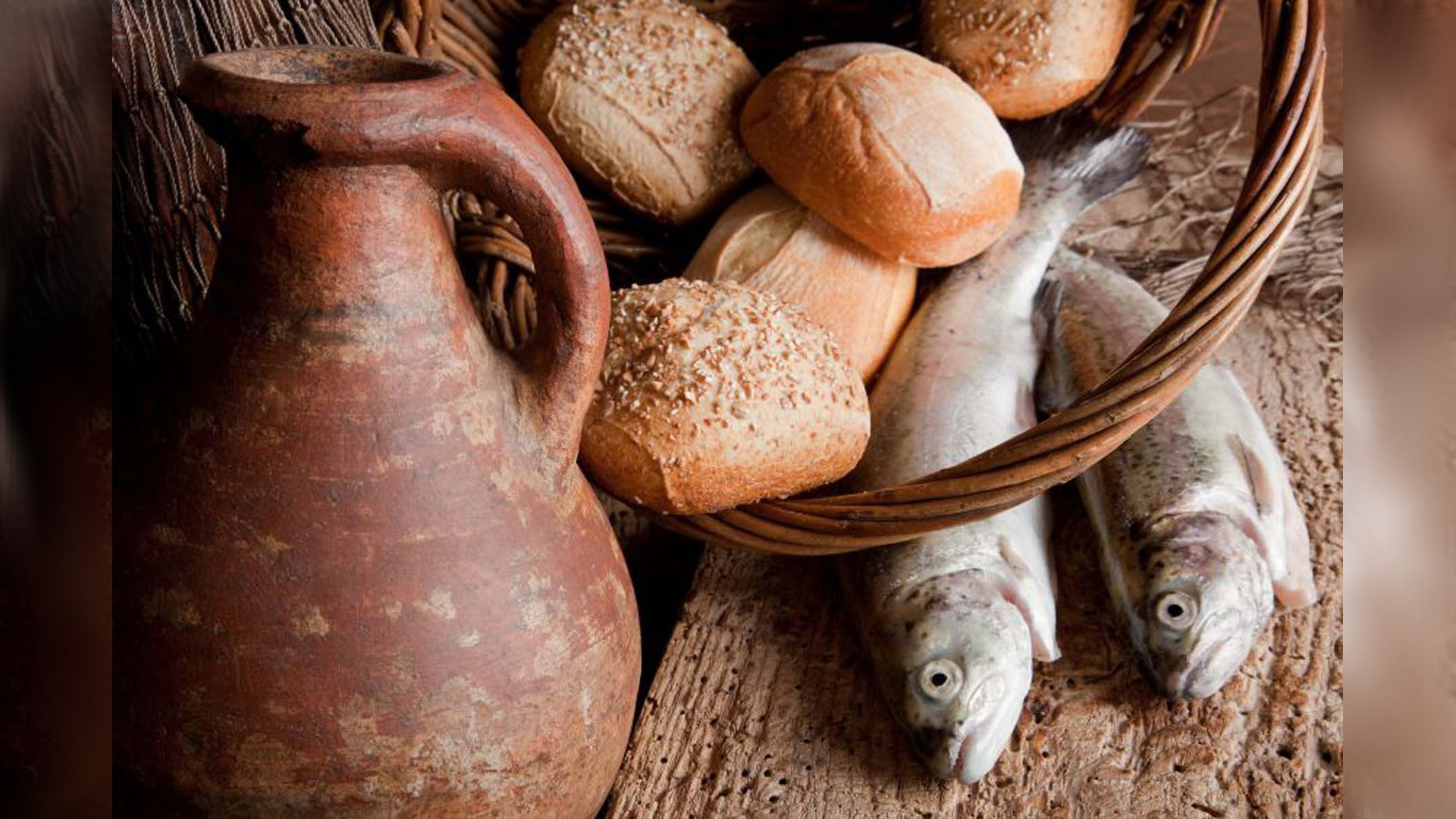 Then Jesus said, “Make the people sit down.” Now there was much grass in the place. So the men sat down, in number about five thousand. And Jesus took the loaves, and when He had given thanks He distributed them to the disciples, and the disciples to those sitting down; and likewise of the fish, as much as they wanted.

In John Chapter 6 is Jesus demonstrates the conversion of energy from one form to another and he attempts to explain the first law of thermodynamics. He lost many followers in the process.

Ironically this pictures the age in which we live: when you explain what mainstream science (SciPop) is to people who assume that they know, they tune out.

What did Jesus do to the five barley loaves and two small fishes that produced enough food to feed five thousand men? The answer “it was a miracle,” is correct but there has to be more to it than that.

The chapter begins with one of Jesus’ most well-known miracles: feeding the 5,000. We have multiple eye witness accounts of Jesus making bread and fish appear out of thin air. It’s described for us in John 6:1-15. What did Jesus do to five barley loaves and two small fishes that produced enough food to feed five thousand men? The answer “it was a miracle,” is correct, but there has to be more to it than that.

In Genesis chapter 1 there was no need for God to create the universe from nothing, there was a body of water called the deep available. Did Jesus create bread and fish out of nothing? There was no need, there was plenty of matter and energy available: atoms and molecules in the air and heat from the sun.

This means that Jesus changed energy from one form to another, in accordance with the first law of thermodynamics, also called the law of the conservation of energy. One way or another Jesus took the energy and molecules around him and rearranged them into a steady supply of bread and fish until everyone was filled.

The thing is, according to the law of conservation of energy, he couldn’t have done that without it having an effect somewhere else in the energetic system of his environment.

We can test this hypothesis against the rest of scripture. It’s Hypothesis 37.