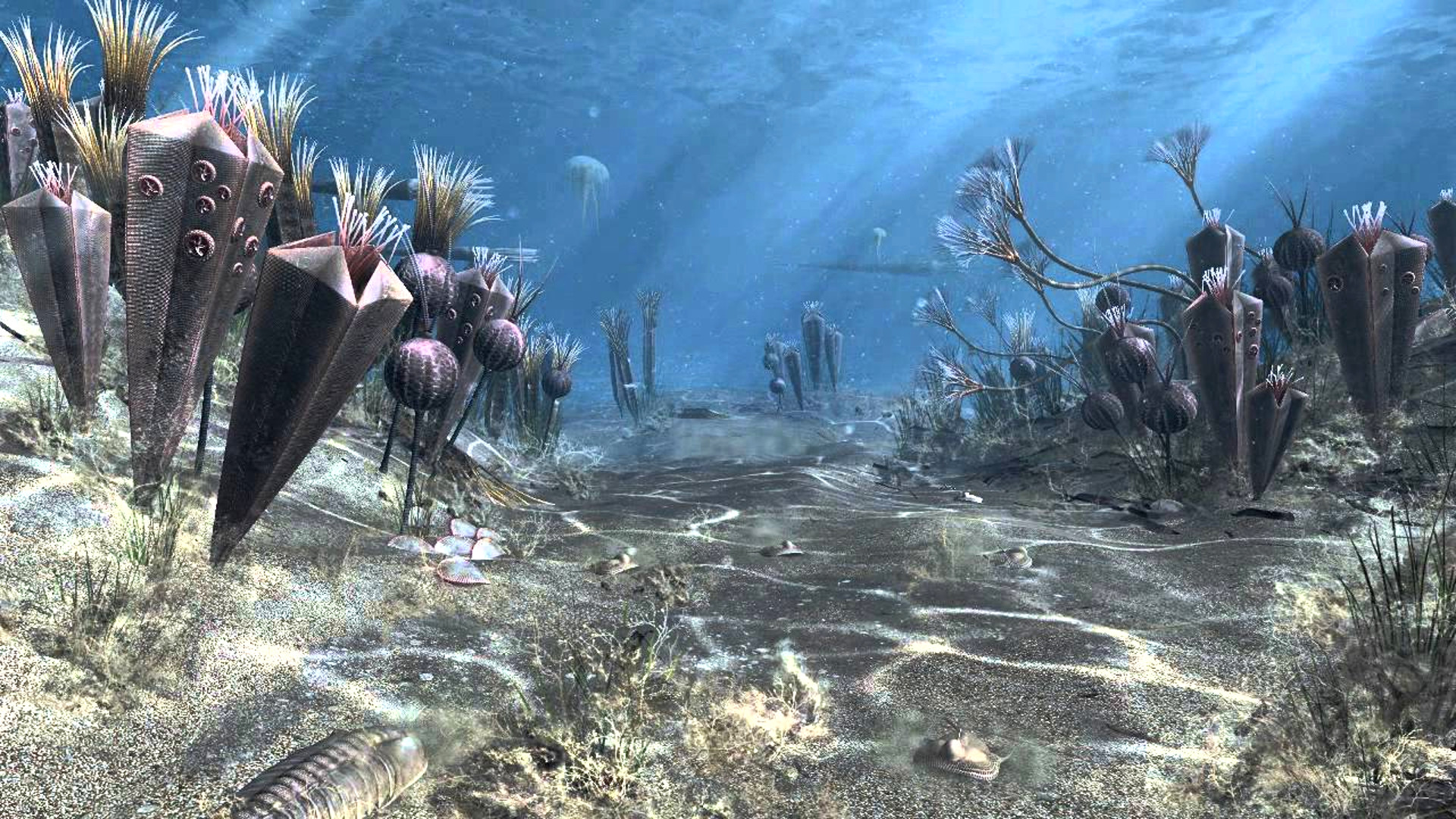 Then God said, “Let the waters abound with an abundance of living creatures, and let birds fly above the earth across the face of the firmament of the heavens.”

Our description of a supposed period of time sounds suspiciously like the fauna of a marine habitat. Just sayin’ We have a list of marine organisms. The physical conditions described sound profoundly similar to the Cambrian because it’s a description of the same event: Noah’s flood. The difference being that the list of animals aren’t bottom dwellers, they’re swimmers.