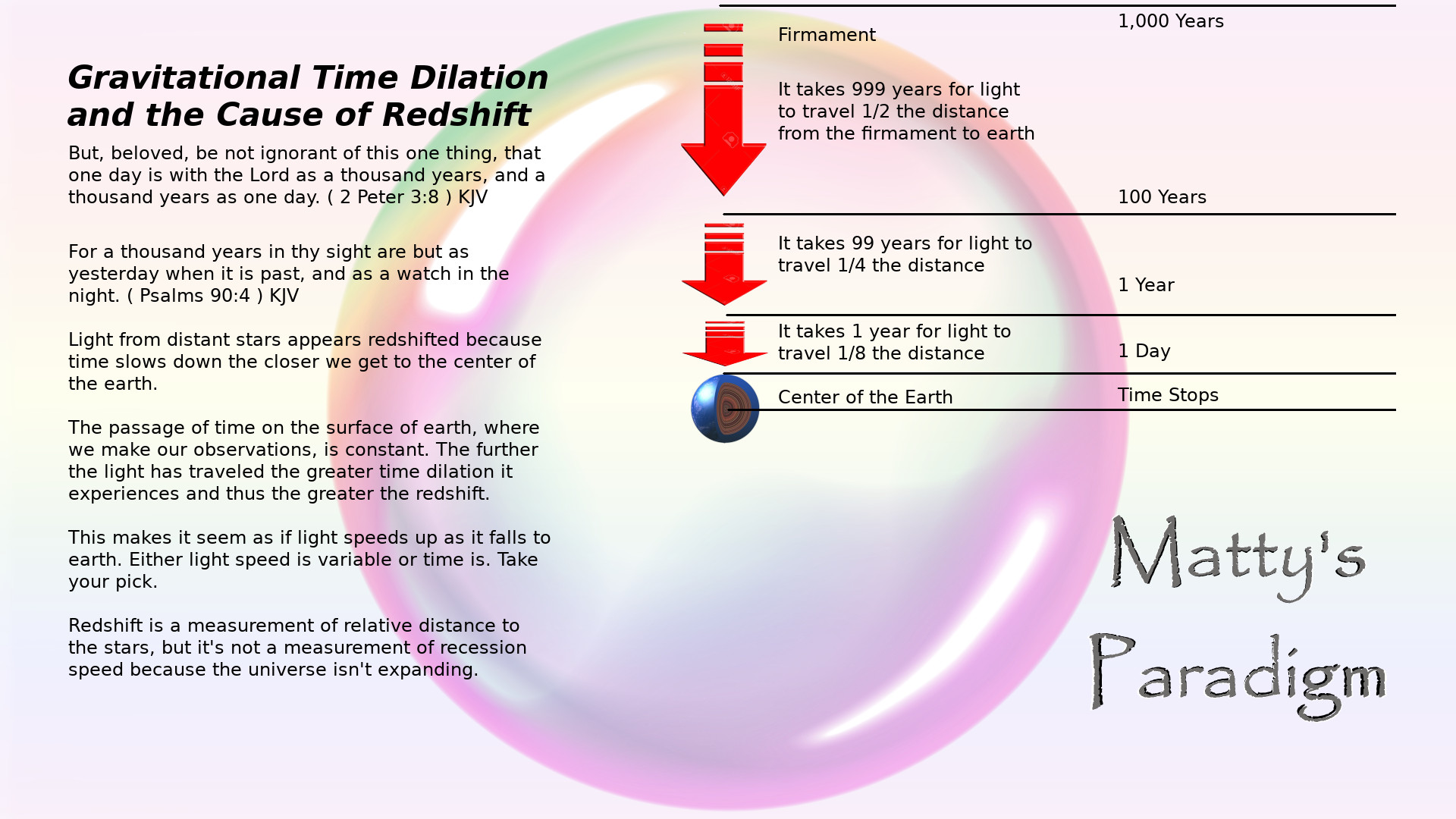 Albert Einstein predicted relativistic time dilation: the faster we go the slower time passes. At the speeds that humans travel it’s inconsequential. It’s a diversion away from the more significant gravitational time dilation.

Relativistic time dilation is a thought experiment which has given birth to voluminous amounts of SciFi books and movies. If you say time dilation then this is what people think you’re talking about.

The donkey’s jawbone (Judges 15:15) expresses the fact that it’s possible for the Earth to be about 6,000 years old while the remote regions of the cosmos may be 13.8 billion years old, or more, at the same time. This is due to a phenomenon known as gravitational time dilation. The connection between physics and the Bible is that, figuratively speaking, what Samson did to the Philistines in Lehi with a donkey’s jawbone is what’s going to happen in theoretical physics when the penny drops.

Gravity is a Field Emitted from the Center of the Earth