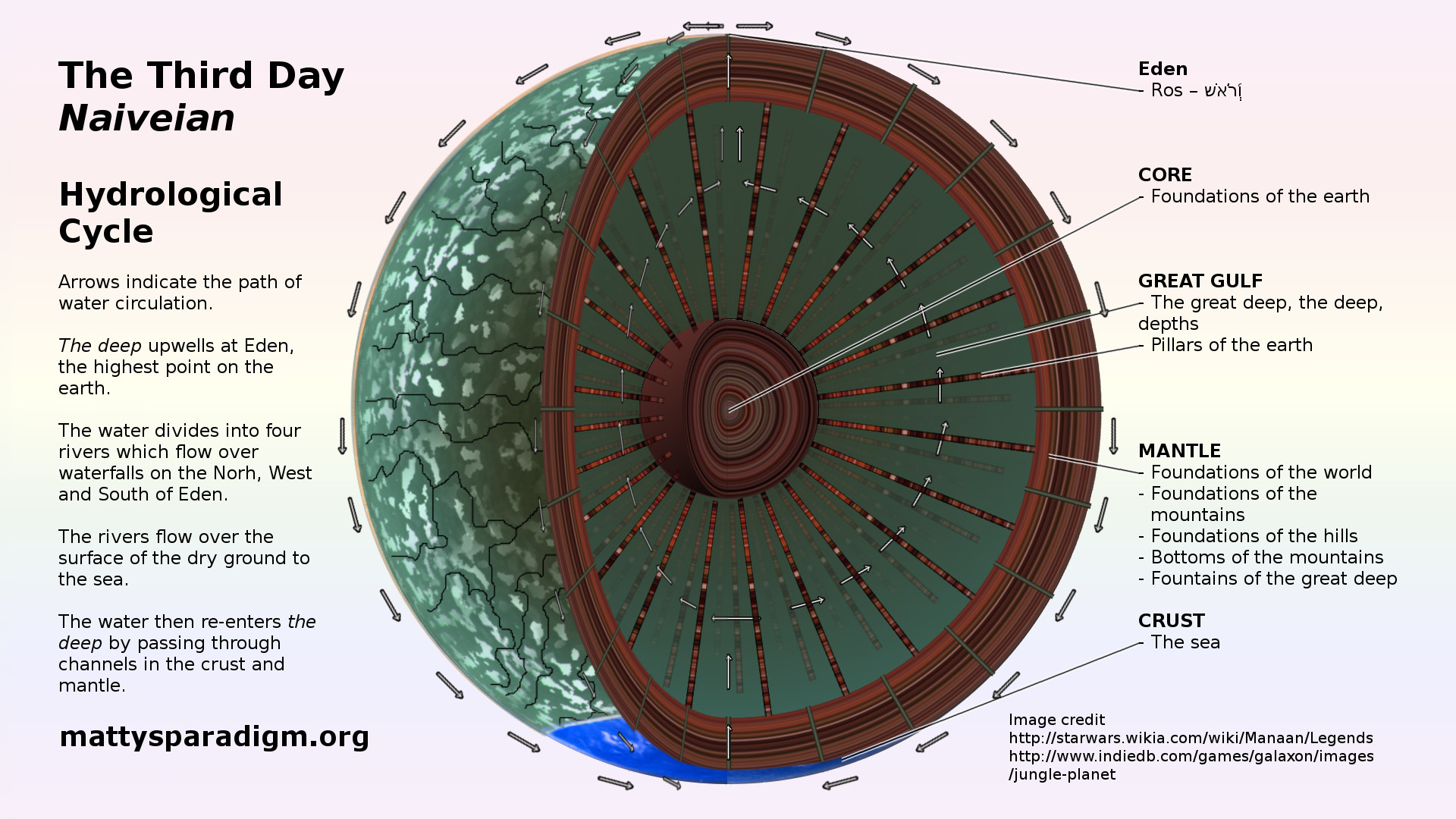 Who layeth the beams of his chambers in the waters: who maketh the clouds his chariot: who walketh upon the wings of the wind:

No this isn’t poetry. Well, yes it is poetry, but it’s not poetry for poetry’s sake. It’s a poetic summary of a geophysical process. This describes the pillars of the earth as they were formed on the third day.

At this time the surface of the Earth (crust and mantle) was stretched out over the waters below the firmament. The deep was laid up in storehouses. If the pillars of the earth are part of the internal structure of a spherical earth, and we’ve deduced the process by which it formed, then this context gives us the ability to be able to say that layeth the beams of his chambers in the waters, is referring to construction of the pillars of the earth.

He gathereth the waters of the sea together as an heap: he layeth up the depth in storehouses.

Psalms 104:1-6 speaks directly, though poetically, about the six days of creation. In the context it tells us that the beams of his chambers are laid at the same time that the foundations of the Earth are established and that the heavens are stretched out. There are several other references to parts of the creative process and they’re not in temporal linear arrangement, however they all occurred on either the 2nd, 3rd or 4th day. Given the context “the beams of his chambers” could only be referring to the pillars of the earth and “the deep” is tehom. We’ve elsewhere shown that the process of creating the Earth on the 2nd day, and causing the dry ground to appear on the 3rd day, account for these structures.

Synonyms for the Pillars of the Earth

One Reply to “The Beams of His Chambers”