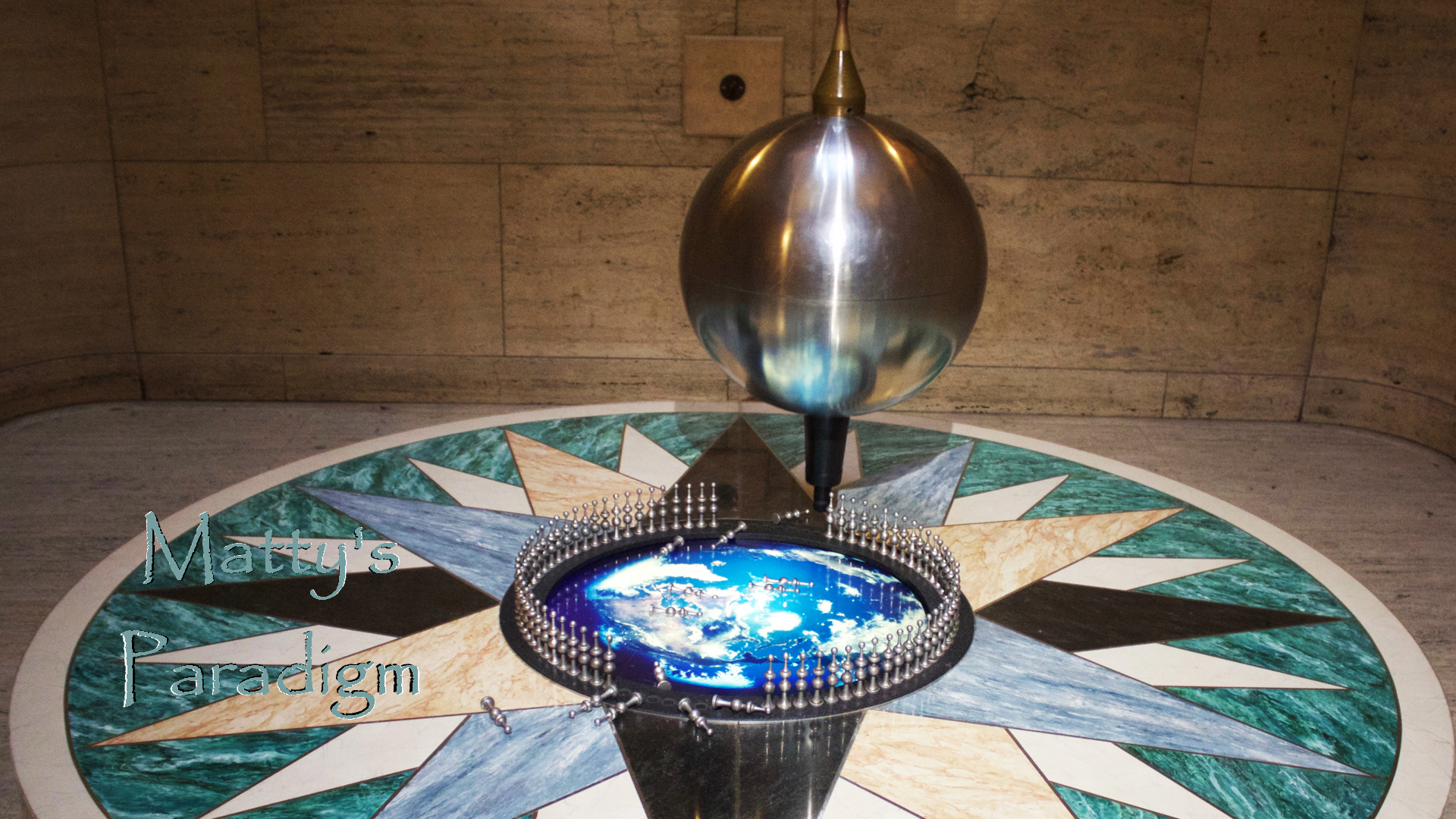 Jesus said to them, “If you were blind, you would have no guilt; but now that you say, ‘We see,’ your guilt remains.

We’ve seen how a simple idea: on the second day the waters above the firmament were separated from the waters below the firmament by the inception of gravity; has grown to encompass the theoretical physics of the Newton/Einstein paradigm, also known as popular science (SciPop). We have grown into a unified theory of everything and shown just how must science is in the Bible in Matty’s harmonization.

There’s just one problem. The model is Geocentrospheric. The Earth is at the center of the observable universe and the cosmos orbits the Earth every day. It’s empirical. It’s a problem because most people are convinced that we live in the Star Trek universe even though they can’t prove it. That’s blind faith. That’s what we’re up against.

When you tell people that the Earth is stationary and that the cosmos is rotating (an empirical observation) you get a lot of push back (all theoretical). Nonetheless people are absolutely convinced that the theoretical, what they can’t see, is superior to the empirical, what they can see. There are many things people point to as proof that the Earth is rotating, but there are 3 main ones which most people know about:

No, these don’t prove that the Earth is rotating

We’ll show you how, in our unified theory of everything, that none of these prove that the Earth is rotating.

Let’s do a thought experiment. Thoughts experiments have been used by physicists for many years as a way to visualize concepts. It’s a way to design experiments that we can use to test our hypotheses. In Einstein’s case he designed experiments which gave him experimental confirmation of his premise, every time, on purpose. That’s the beauty of induction. When you know what result you want, it’s not hard to design an experiment which will give you that result.

Imagine that the cosmos is rotating. That shouldn’t be hard because it’s empirical. The Earth is stationary but the cosmos and all of its planetary and stellar bodies orbits the Earth every day. IT’S EMPIRICAL. The network of silver cords has to be rotating too.

Now imagine that the core of the Earth is a ball of molten radioactive slag. Hell. It’s separated from the mantle by a great gulf of open space, but it’s interacting with this network of Higgs Boson silver cords. It’s a fluid body and so over time, due to the influence of the moving network of silver cords, it begins to rotate. We’ll give this theoretical phenomenon a name: Gravitational Drag Effect (GDE). It’s theoretical therefore, according to SciPop, it has to be true (ah, sweet irony).

Eventually hell is rotating at the same speed as the cosmos. Hell is iron-rich so it has a magnetic field. Motion in a magnetic field produces an electric charge (Faraday’s law of electromagnetic induction). Since the center of the Earth is the source of gravity for the observable universe we just stumbled upon a unified field theory. Whoops!

Hell formed around the source of Earth’s gravitational field (a singularity), it’s iron-rich, so it produces its magnetic field, and its rotation causes its electric charge (dipole moment) as per Faraday’s law of electromagnetic induction.

– A unified field theory in one sentence. You’re welcome.

The surface of the Earth is stationary, but the heavens and hell have daily rotation. How could we test this?

What do you know? Matty’s theory of Biblical gravitation can account for all observations of the the behavior of gravity and motion of the cosmos. Plus it’s theoretical which means, according to SciPop, it has to be true (ah, sweet irony).