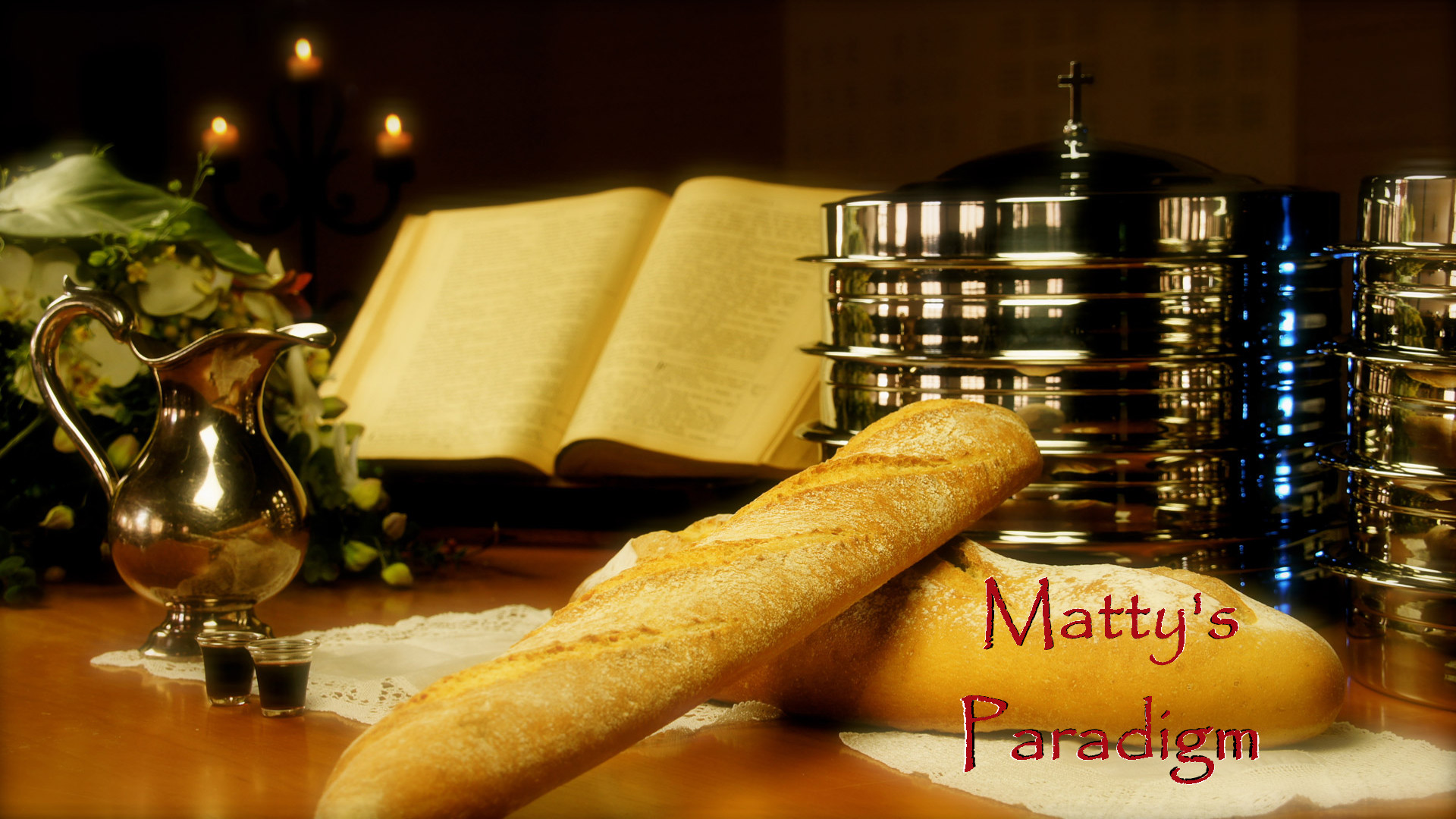 For I received from the Lord what I also delivered to you, that the Lord Jesus on the night when he was betrayed took bread, and when he had given thanks, he broke it, and said, “This is my body, which is for you. Do this in remembrance of me.”

We need to demonstrate a logical progression [from] the elements produced by nucleosynthesis [to] organic life with replicating DNA. Fortunately science did a bang up job of documenting it.

And the king spake unto Ashpenaz the master of his eunuchs, that he should bring certain of the children of Israel, and of the king’s seed, and of the princes; Children in whom was no blemish, but well favoured, and skilful in all wisdom, and cunning in knowledge, and understanding science, and such as had ability in them to stand in the king’s palace, and whom they might teach the learning and the tongue of the Chaldeans.

The way that we resolve the statement, the Word was made flesh, with the deep is quite involved. This is where science, as opposed to SciPop, becomes useful. We’ll consider the scientific theory of Abiogenesis in the devotional for January.

The Word of God

And the Word became flesh and dwelt among us, and we beheld His glory, the glory as of the only begotten of the Father, full of grace and truth.

Resolving that the Word of God became the material from which we’re made is expressly stated in scripture: the Word was made flesh. It’s an example of Hypothesis 22, where the words may appear to be flowery poetic language but they are in fact accurate biology, chemistry or physics.

For I have received of the Lord that which also I delivered unto you, That the Lord Jesus the same night in which he was betrayed took bread: And when he had given thanks, he brake it, and said, Take, eat: this is my body, which is broken for you: this do in remembrance of me. After the same manner also he took the cup, when he had supped, saying, This cup is the new testament in my blood: this do ye, as oft as ye drink it, in remembrance of me. For as often as ye eat this bread, and drink this cup, ye do shew the Lord’s death till he come.

Wherefore whosoever shall eat this bread, and drink this cup of the Lord, unworthily, shall be guilty of the body and blood of the Lord. But let a man examine himself, and so let him eat of that bread, and drink of that cup. For he that eateth and drinketh unworthily, eateth and drinketh damnation to himself, not discerning the Lord’s body. For this cause many are weak and sickly among you, and many sleep. For if we would judge ourselves, we should not be judged. But when we are judged, we are chastened of the Lord, that we should not be condemned with the world.

There are several ways that we can test the Word was made flesh against the scriptures, one is the main passage which describes the sacrament of Holy Communion.

This makes it very clear that Jesus of Nazareth is the earthly manifestation of the body and blood of God. It is a literal interpretation of the Word was made flesh and dwelt among us. We closed a logical loop and made a circle. Circular reasoning can be both good and bad, depending on whether it is 1) inductive or 2) deductive.