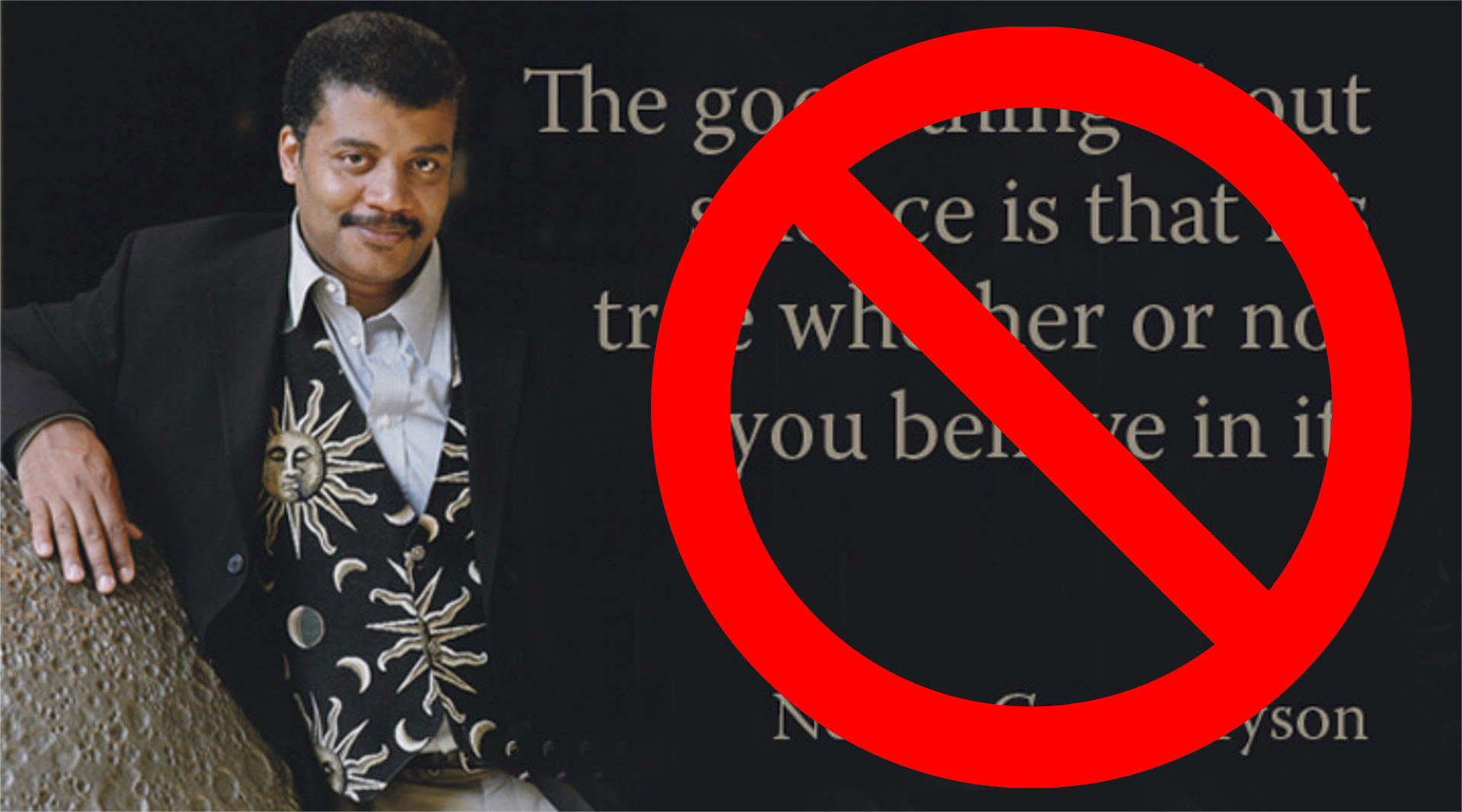 Because that which may be known of God is manifest in them; for God hath shewed it unto them. For the invisible things of him from the creation of the world are clearly seen, being understood by the things that are made, even his eternal power and Godhead; so that they are without excuse: Because that, when they knew God, they glorified him not as God, neither were thankful; but became vain in their imaginations, and their foolish heart was darkened. Professing themselves to be wise, they became fools, And changed the glory of the incorruptible God into an image made like to corruptible man, and to birds, and four-footed beasts, and creeping things.

The popular science paradigm (SciPop) wasn’t deduced from axioms, its axioms were induced by accepting the premise of the paradigm. SciPop axioms aren’t axiomatic.

For quite a while now we have been making the case that the theoretical foundation of SciPop is based on five leaps of faith. We’ve referred to them as core beliefs or axioms, but they are its inherent flaws.

The Axioms of Popular Science (SciPop)

The response to this is baffling. Most people are under the impression that SciPop doesn’t need to be believed, it just is. Neil DeGrasse Tyson is frequently quoted as saying:

The good thing about science is that it’s true whether or not you believe in it.

Tyson, like the majority of people today, uses the word “science” to refer to something which isn’t congruent. “Science” as you know it, is SciPop, a mixture of truth and error, fact and fiction, empirical vs. theoretical. This is sadly idiotic, but we understand where it comes from. It comes from the misguided belief that SciPop is based on actual axiomatic axioms. Our task now is to learn how to discern science from SciPop and there are a couple of things which will help us with this.