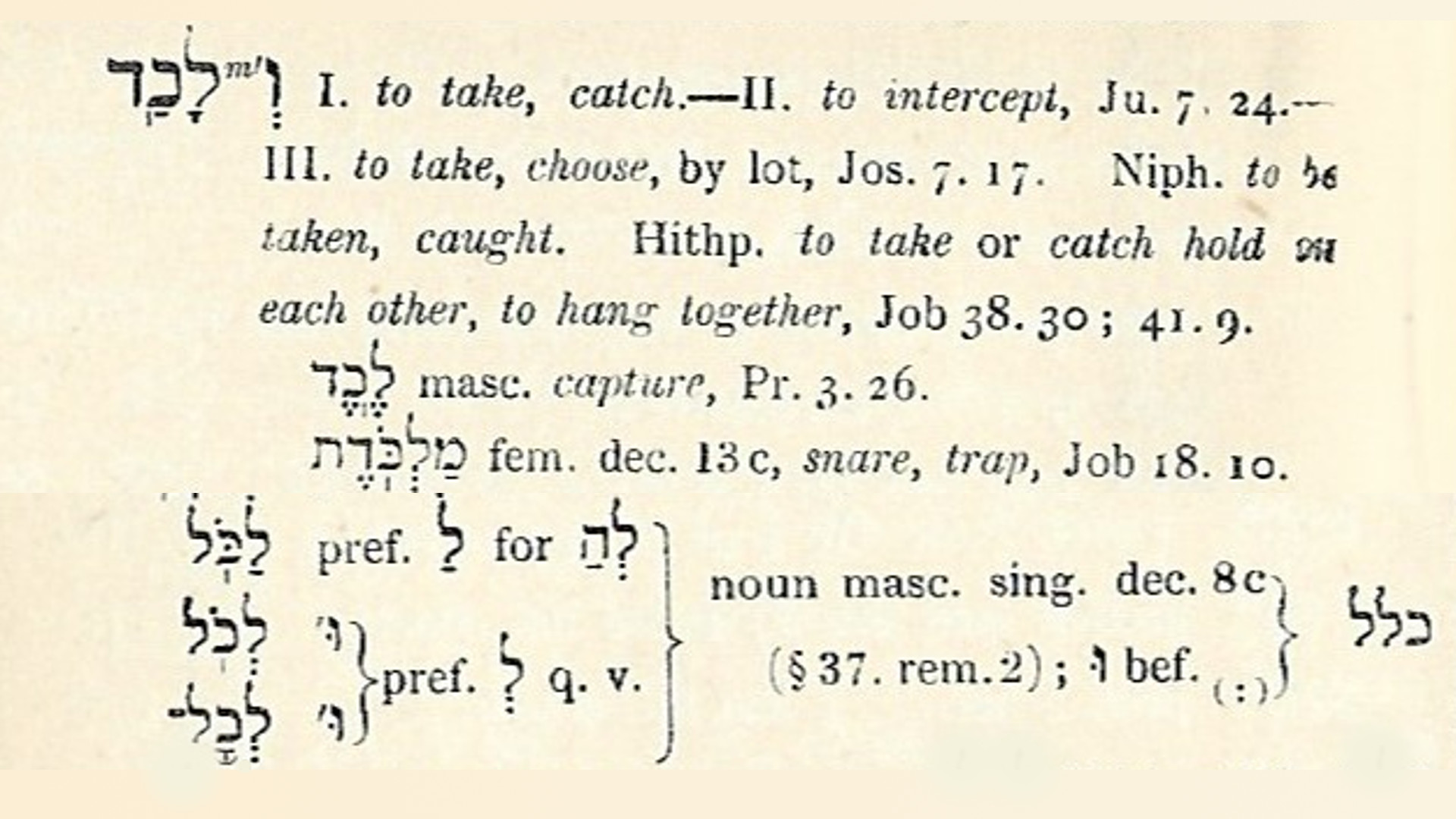 Here’s where things go off the rails a little. The word translated as all perfection has been assigned to the root Kol, which is where we get the meaning which has been rendered: complete, perfect.

However, the Hebrew word used isn’t kol, it’s ulekal. If we search the lexicon for ulekal we find it under a different root. This time it has a meaning which sounds a lot like a concept of gravity, hanging together, as in a mass.

This makes more sense because the other meaning given us is redundant. It’s like saying at the end it will be finished. There’s nothing wrong with a sentence like that but there’s more meaning here.

This shows how all translations are context-dependent. There is a scriptural context but also a context of the frame of reference of the translator. Sometimes things don’t seem to make sense, but that may be because the translator doesn’t know the sense, not that there isn’t any. In this situation, who has ever translated Hebrew knowing that it’s describing the core accretion model? No one, that’s why we’re finding some translation fudge. Where we’re going is at the end of time all darkness will sink down into a mass.