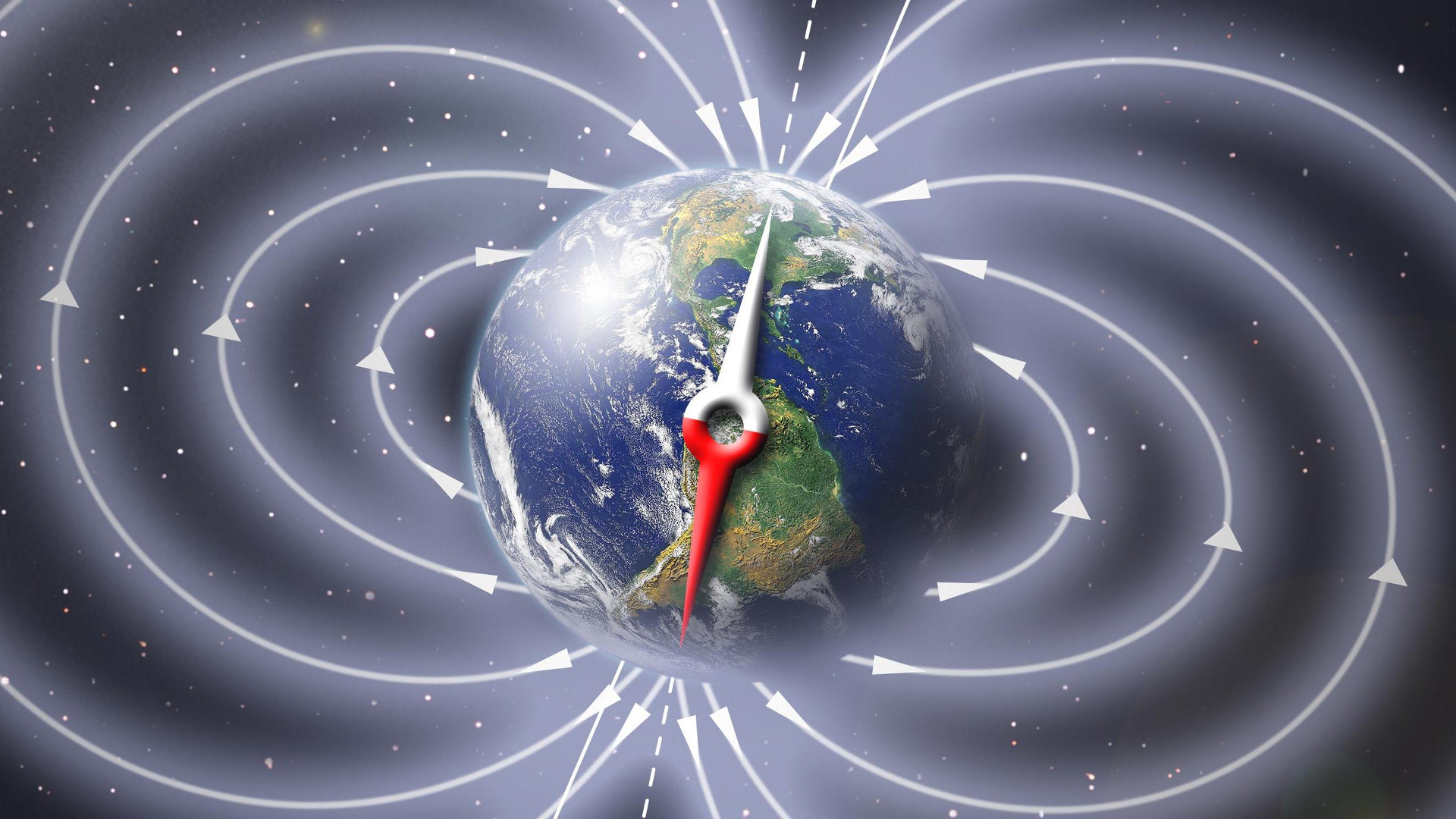 Before the mountains were brought forth, Or ever You had formed the earth and the world, Even from everlasting to everlasting, You are God.

Hell is at the source of Earth’s gravitational field, it’s iron-rich so it produces its magnetic field, and its rotation causes its electric charge (dipole moment).

A consequence of the creation of gravity was the sinking down of material to the center of the universe. This material became planet Earth. Heavy atomic weight elements, including Iron, accumulated at the center of the Earth. This is the origin of the Earth’s magnetic field. When nuclear decay began in Genesis 3, at the fall of man, the core of the Earth melted.

The popular science (SciPop) model of the the Earth having a solid iron/nickel inner core and a molten outer core is based on the belief that rotation of the Earth is necessary to produce its electric charge (dipole moment). In the narrative the iron-rich liquid outer core provides the motion needed to cause a magnetic field according to Faraday’s law of electromagnetic induction. It’s not a testable hypotheses so it’s not scientific.

Faraday’s law of induction (briefly, Faraday’s law) is a basic law of electromagnetism predicting how a magnetic field will interact with an electric circuit to produce an electromotive force (EMF)—a phenomenon known as electromagnetic induction. It is the fundamental operating principle of transformers, inductors, and many types of electrical motors, generators and solenoids.

The surface of the Earth is stationary, but the heavens have daily rotation. Gravitational drag effect (GDE) causes hell to begin rotating after the base of the pillars of the Earth melts. This is the event known as Peleg’s tectonics. Eventually hell is rotating at the same speed as the cosmos. Hell is iron-rich so it has a magnetic field. Motion in a magnetic field produces an electric charge (Faraday’s law of electromagnetic induction). This allows us to resolve gravitation and electromagnetism into a unified field theory.

Hell formed around the source of Earth’s gravitational field (a singularity), it’s iron-rich, so it produces its magnetic field, and its rotation causes its electric charge (dipole moment) as per Faraday’s law of electromagnetic induction.

– A unified field theory in one sentence. You’re welcome.

We just unified gravity (general relativity) with electromagnetism, something that Einstein failed to do. We’ve placed it within the broad narrative of scripture. You’re welcome. The Biblical theory of quantum gravitation also includes a gravitational mechanism for redemption and so it could truly be said that we have a unified theory of everything.

One Reply to “A Unified Field Theory”