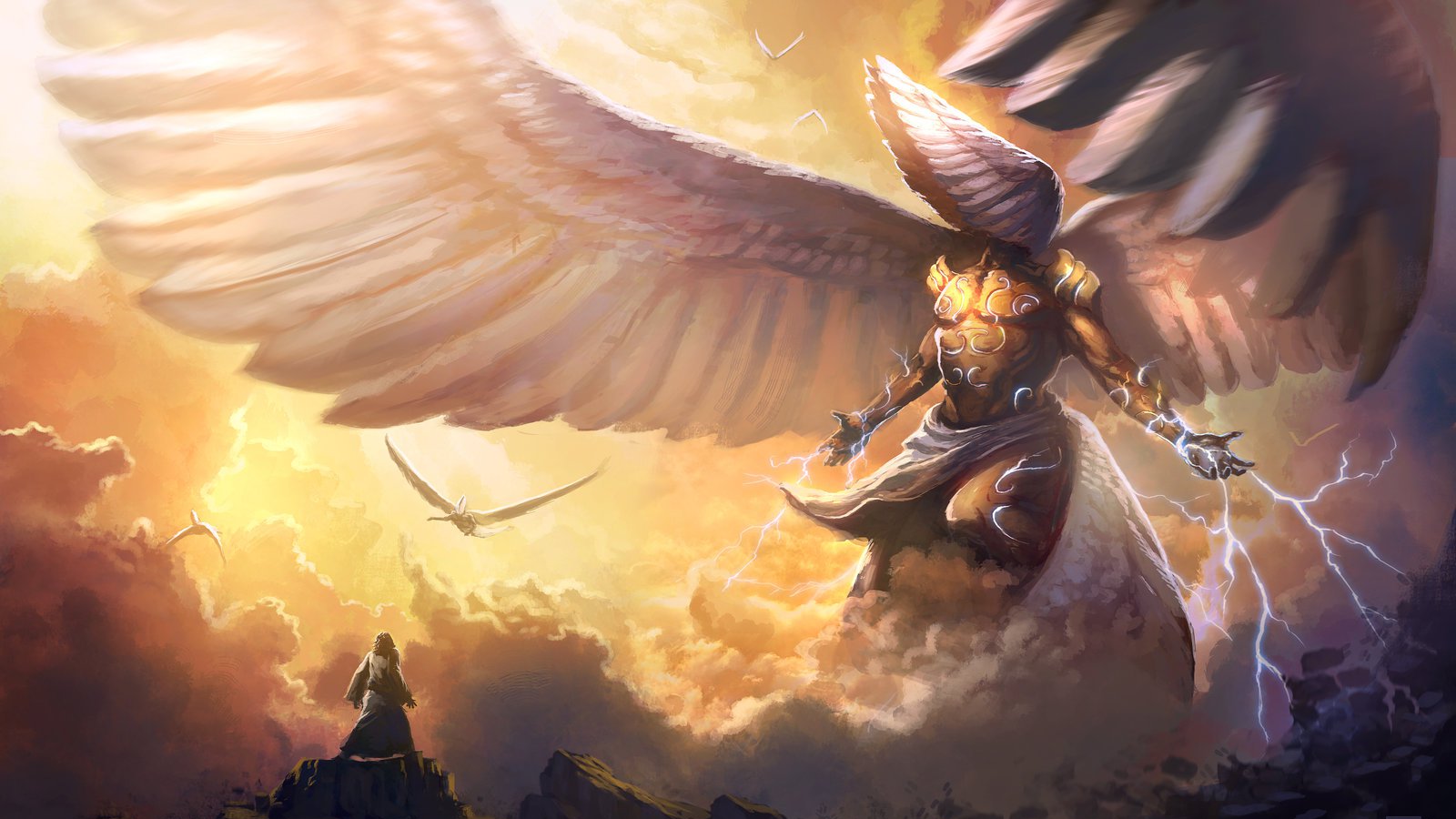 In the year that king Uzziah died I saw also the Lord sitting upon a throne, high and lifted up, and his train filled the temple. Above it stood the seraphims: each one had six wings; with twain he covered his face, and with twain he covered his feet, and with twain he did fly. And one cried unto another, and said, Holy, holy, holy, is the LORD of hosts: the whole earth is full of his glory. And the posts of the door moved at the voice of him that cried, and the house was filled with smoke.
Then said I, Woe is me! for I am undone; because I am a man of unclean lips, and I dwell in the midst of a people of unclean lips: for mine eyes have seen the King, the LORD of hosts. Then flew one of the seraphims unto me, having a live coal in his hand, which he had taken with the tongs from off the altar: And he laid it upon my mouth, and said, Lo, this hath touched thy lips; and thine iniquity is taken away, and thy sin purged.

Also I heard the voice of the Lord, saying, Whom shall I send, and who will go for us? Then said I, Here am I; send me.

Artistic renderings of Seraphim consistently miss the fact that they’re reptilian. Their physical characteristics will have implications for us when we consider the terrestrial serpents that were created on the 6th day.

This is a meaningful passage for us (that’s me and the Holy spirit). It’s still clear in our mind the day that we went to our knees to lament the plight of humanity and the disastrous effect that mainstream science (SciPop) has had on spirituality. The tragedy of SciPop as a replacement for knowledge pains us to this day. People have a false assurance that there’s no hell and they have no fear of the judgment of God. This is a spell from which many will have a rude awakening. We cried out that someone should warn the people, and we said: “Here am I send me.”

He Will Guide You

Howbeit when he, the Spirit of truth, is come, he will guide you into all truth: for he shall not speak of himself; but whatsoever he shall hear, that shall he speak: and he will shew you things to come.

However that’s not the reason why this passage is appropriate today. Yesterday we looked at some Hebrew words that are translated as forms of serpent. One in particular prompted further study. That’s how Bible study works: if you will put the time in and be diligent, then the Holy Spirit will guide you into all truth. The word that we will examine occurs in one of the passages we looked at yesterday, but the connection it makes was not obvious until we looked at the Hebrew:

The burden of the beasts of the south: into the land of trouble and anguish, from whence come the young and old lion, the viper and fiery flying serpent, they will carry their riches upon the shoulders of young asses, and their treasures upon the bunches of camels, to a people that shall not profit them.

The Hebrew word translated as serpent in this passage is saraph:

This is the connection to today’s passage, which is the vision that Isaiah saw while worshiping in the temple in Jerusalem. It includes the angelic beings known as Seraphim. Evidently Seraphim are Serpents. Here are some other occurrences of the word:

And the LORD sent fiery serpents among the people, and they bit the people; and much people of Israel died. Therefore the people came to Moses, and said, We have sinned, for we have spoken against the LORD, and against thee; pray unto the LORD, that he take away the serpents from us. And Moses prayed for the people. And the LORD said unto Moses, Make thee a fiery serpent, and set it upon a pole: and it shall come to pass, that every one that is bitten, when he looketh upon it, shall live. And Moses made a serpent of brass, and put it upon a pole, and it came to pass, that if a serpent had bitten any man, when he beheld the serpent of brass, he lived.

Who led thee through that great and terrible wilderness, wherein were fiery serpents, and scorpions, and drought, where there was no water; who brought thee forth water out of the rock of flint;

Rejoice not thou, whole Palestina, because the rod of him that smote thee is broken: for out of the serpent’s root shall come forth a cockatrice, and his fruit shall be a fiery flying serpent.

There’s nothing poetic about these passages. They are historical records. Yesterday we noted that the fiery nature of the serpents has been attributed by commentators to their bite causing a burning sensation. That’s a leap. The text doesn’t say that. The text says that there were fiery serpents, some of which fly, and that they bit people.

Given everything that we have considered so far we can deduce that Seraphim are in a subfamily of Dragon that inhabits the firmasphere.

Here’s what Wikipedia has to say about Seraphim:

Tradition places seraphim in the highest rank in the Christian angelic hierarchy and in the fifth rank of ten in the Jewish angelic hierarchy. A seminal passage in the Book of Isaiah (Isaiah 6:1-8) used the term to describe six-winged beings that fly around the Throne of God crying “holy, holy, holy”. This throne scene, with its triple invocation of holiness (a formula that came to be known as the Trisagion), profoundly influenced subsequent theology, literature and art. Its influence is frequently seen in works depicting angels, heaven and apotheosis. Seraphim are mentioned as celestial beings in an influential Hellenistic work, the Book of Enoch, and the Book of Revelation.

Ironic that it omits the fact that Seraphim are reptilian. A quick Google search for images of Seraphim likewise indicate that people, in general, are oblivious to the fact they they’re reptiles. Today’s image was found here.